HWR said:
@NormanicGrav excellent news, couldn’t see that as an option at all on mobile so will go through via desktop instead. Curious to see what titles you end up acquiring!
Click to expand...

I made my decision already!

So my decision came down to focusing more on PS1 than PS2, mainly due to pricing (basically the more games you can get the better).

1) Shin Megami Tensei: Digital Devil Saga 2
This is the only PS2 game I chose for this batch but that's primarily because I have the first one (which I never finished because I was hoping it would get re-released on PS4 but as you can tell that never happened). It's common sense to grab the second half of the story anyway.

2) The Legend of Dragoon
Cult classic JRPG from Sony that is overlooked from what I heard. I recall the combat system being pretty interesting so I wanted to include it for my digital collection.

3) Xenogears
The first part of the Xeno franchise before Xenosaga and Xenoblade. I heard the story is fantastic but also incomplete, but hey it has anime cutscenes and mecha so why not.

4) Klonoa: Door to Phantomile
Heard it's a great platformer so I wanted to check it out, especially considering the physical discs are pretty rare I believe.

5) Suikoden
The first one first, but I will get the second one later (pricing basically is why). I heard you can transfer your save progress into the second game so that's neat.

6) R4 Ridge Racer Type 4
RIIDDDDGGGEEEEEE RAAAAACCCCEEEERR. Apparently one of the best in the series.

7) Um Jammer Lammy
Spin-off of PaRappa the Rapper and I like my music/rhythm games.

I almost picked Toy Story 2 for the final title no joke.

AUKN Staff
@NormanicGrav I think you can, or once could, get Toy Story 2 from the UK/EU store. That’s how I acquired it anyways. Great game for a movie tie-in.

HWR said:
@NormanicGrav I think you can, or once could, get Toy Story 2 from the UK/EU store. That’s how I acquired it anyways. Great game for a movie tie-in.
Click to expand...

Indeed, but I want to grab an NTSC version over PAL either way.

NormanicGrav said:
Indeed, but I want to grab an NTSC version over PAL either way.
Click to expand...

Good point, I had forgotten how we have different versions over here. Reminds me of the fiasco with the PlayStation Mini wherein some games were PAL and the others NTSC.

HWR said:
Good point, I had forgotten how we have different versions over here. Reminds me of the fiasco with the PlayStation Mini wherein some games were PAL and the others NTSC.
Click to expand...

Exactly. Ever since I heard about PAL vs NTSC it changed the way I wanted to play retro games especially after how the Wii Virtual Console was handled.

I know Digital Devil Saga had technical issues on PAL versions which was one of the reasons why I got the NTSC version years ago. Persona 3 FES was fine as it had a 60hz option.

AUKN Staff
That’s good to know re DDS, I have the PAL versions so may double-dip on them.

AUKN Staff
Yeah. I can't remember the exact technical issue so I'll have to re-read about that to save you some hassle.

On another note, I had a look at eBay to see how the prices are for the PS1 games that I bought and interesting results:

AUKN Staff
So I just purchased a $50 voucher from PlayAsia using PayPal. Turns out they weren’t allowing PayPal for the $100 voucher, possibly due to the value? Either way that was quick and painless and I now have added it to my wallet. The PAL version of SMT: Nocturne (renamed Lucifer’s Call) has major game-breaking bugs, so I’d recommend the NTSC version from the US store. i was unable to complete my UK version due to these bugs (game freezes when player characters or enemies use certain skills).

I’ve used Offgamers for years to buy US PSN and US iTunes credit. They are totally legit and very reliable.

AUKN Staff
Well that sucks to hear about Lucifer’s Call - another title to potentially rebuy the US version of.

HWR said:
Well that sucks to hear about Lucifer’s Call - another title to potentially rebuy the US version of.
Click to expand...

There is a HD Remaster of Nocturne/Lucifer's Call coming this May if you feel like waiting 2 months for.

NormanicGrav said:
There is a HD Remaster of Nocturne/Lucifer's Call coming this May if you feel like waiting 2 months for.
Click to expand...

Oh of course, I heard about a remaster but didn’t realise it was that entry in the series. Thanks for the reminder.

HWR said:
Oh of course, I heard about a remaster but didn’t realise it was that entry in the series. Thanks for the reminder.
Click to expand...

Yeah long story short, the name Nocturne was trademarked by a different company for a game called Nocturne (which was inspired by the Blair Witch franchise) so Atlus had to get permission for the devs on that. TheGamingBrit did make a video on that game which sounds interesting in itself. Ghostlight didn't want to go through that hassle so they called it Lucifer's Call.

HWR said:
I was thinking of PlayAsia as well. Out of curiosity who are G2A?
Click to expand... 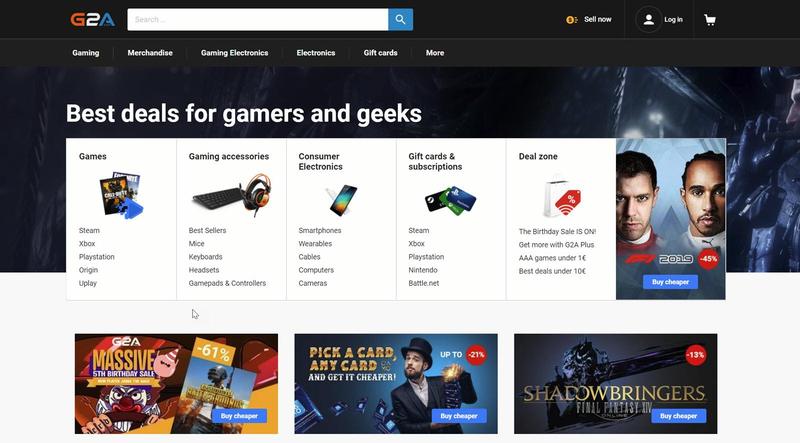 G2A offers cheap game codes, and game developers don't like it one bit

G2A's prices seem too good to be true when it comes to game keys and credits. Is G2A a scam? We explain how G2A works, and whether it's safe to use. 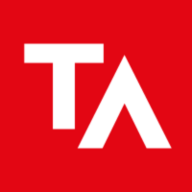 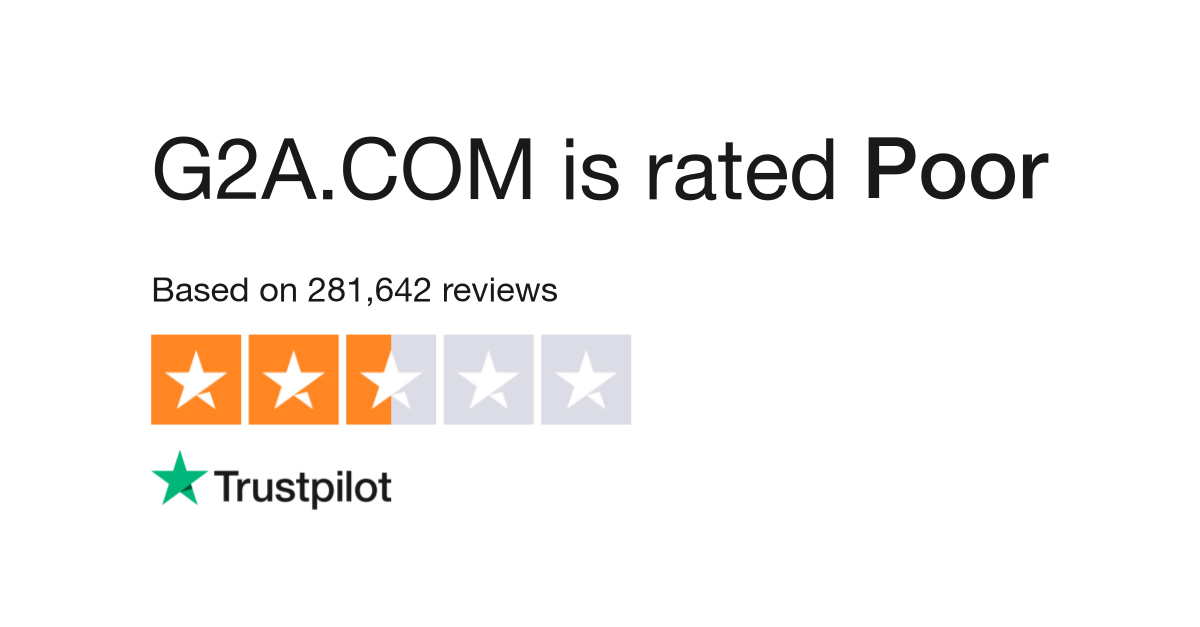 Do you agree with G2A.COM's TrustScore? Voice your opinion today and hear what 280,491 customers have already said.

if that does not screem stay away i dont know what does.

AUKN Staff
So I ended up picking these titles for the time being:

AUKN Staff
Very nice. I just had a go at playing Ridge Racer Type 4 and it's pretty fun, very challenging due to the steep parts of the courses but these games are designed to be done with drifting like Burnout either way.

On another note, I have tweaked the second post to be listed in a table format for easier readability. There's a section I haven't sorted out which are imports that are available on the US PSN store, and pricing wise it's just a matter of whether you think it's cheaper to grab them at $5.99 or ¥628 to be honest.

AUKN Staff
@NormanicGrav Thanks for updating - it’s appreciated as always! I haven’t spotted any imports on the US PSN store, unless they’re just not marked as such?

I am tempted to get Ridge Racer 4, can’t recall if I’ve played any or not but they look quite fun. Also have a few other NTSC re-buys to add to the list now I think about it.

I was also scrolling through the JPN game selection here and on RPG Site and may pick up the Phantasy Star Collection for PS2 - it apparently has English text which is cool.
Last edited: 3 April 2021

The store really is in a sorry state on these consoles. Though PS1 games can be played on both PS3 and Vita, some are only listed on one store or the other, and you can only find them on PS3 by searching for specific titles; they're not even included in the genre lists. Resident Evil 2 is still available, but you can only locate it on the PS3 store, while Arc the Lad is only listed on Vita.

Some PS3 recommendations:
Soulcalibur II
Under Defeat
Okami HD (also on newer consoles)
Siren: Blood Curse (rough performance, but atmospheric)
Resident Evil: Code Veronica (this is a proper port, whereas the PS4 version is just the PS2 game running in an emulator)
Wipeout HD (unless you have a PS4)

HWR said:
@NormanicGrav Thanks for updating - it’s appreciated as always! I haven’t spotted any imports on the US PSN store, unless they’re just not marked as such?
Click to expand...

Yeah the Japanese imports are disguised with the rest of the catalogue (whereas on Nintendo's Wii Virtual Console in Europe, the imports had the Hanabi Festival icon next to the title to help specify they were imports), but I plan to provide a list that's clearer so that you can see which ones are Japanese language only.

On a different note, before you start your PS1 game, make sure you go into the PS3's Game Settings and set the Upscaler to Normal and Smoothing to On. I say that because it will make the games like Ridge Racer Type 4 clearer to play because otherwise it really does look like a 240p viewing experience (and like older anime, they were basically designed in 4:3 than 16:9).

EDIT: I have been playing Um Jammer Lammy and unfortunately it seems the game is actually unplayable on PS3's emulator due to the input display lag issues so the only real way to avoid this is by playing it on the original PlayStation on a non-HDTV. I believe PaRappa the Rapper had a similar problem.
Last edited: 3 April 2021
Share:
Facebook Twitter Reddit Pinterest Tumblr WhatsApp Email Share Link
Top