PlayStation 2 Games Available on PS4 Thread (aka PS2 on PS4)

AUKN Staff
I've decided to upgrade this recent news to its own thread because eventually more and more titles will be added on both Western and Japanese sides.

Shuhei Yoshida said:
Hello everyone. As we continue our celebration of PlayStation’s 20th anniversary, we want to take a look back at the heritage that helped propel us to the brand that we are today. PlayStation 2 holds a special place in the hearts of many gamers who have fond memories of playing some of the biggest franchises in gaming.

PS2 remains the best-selling console of all time. Above and beyond the technical innovations that made PS2 stand apart is the caliber of amazing and much-loved games, such as Dark Cloud, Twisted Metal Black, and Grand Theft Auto: San Andreas just to name a few.

To celebrate our PS2 heritage, I am excited to announce that as of 8.00pm GMT tomorrow, 5th December, you will be able to purchase and play a range of PS2 games on your PlayStation 4!

We are kicking things off by launching with eight fan favourites.

Having these titles available on PS4 is already incredibly exciting for us, but we did not stop there. We have brought these titles forward to meet today’s gaming standards by adding Trophy support! Each title’s Trophy set has been carefully developed in conjunction with feedback from the original creators to be sure that they capture the spirit and feeling of each game.

Also, you will be able to experience all of these PS2 games like never before – in up-rendered 1080p with the features you expect from a PS4 game including Remote Play, Activity Feeds, and Second Screen support for game manuals with PlayStation Vita or PlayStation App, as well as Live Broadcast and Share Play.

We will be working tirelessly to bring you your favorite PS2 games with new releases on a regular basis, and we hope you love playing PS2 games on PS4 as much as we did making them! So tell us, what PS2 games do you want to play on your PS4?
Click to expand...

Additional Notes confirmed by Shuhei:
■ Many of the titles will have a Platinum Trophy
■ The PS2 games have been improved
■ There will not be any cross-platform or reduced funds for PS2 classic PS3 owners
■ PS2 discs will not be compatible with PS4

Post in the comments below on what PS2 games you would like to see appear on PlayStation 4!
Last edited: 8 August 2016

The prices motivated me to update my PCSX2 plugins. Mark of Kri is still good!

Need to find my Rogue Galaxy disc, though.

And still playing them with a DS4 thanks to InputMapper.

Even though I grew up with the PlayStation 2 I didn't get the chance to pay many of the classics that everyone loves. Remember I was age-restricted so I was limited to certain games:

The only worthy games in my PS2 collection were Burnout 3, Crash Bandicoot: Wrath of Cortex (regrettably sold), Goldeneye: Rouge Agent (not everyone's taste but dual wielding is fun), James Bond: Everything for Nothing, Kingdom Hearts 1 & 2, SSX Tricky and Star Wars: Battlefront 1 & 2.

If they add Dead or Alive 2 Hardcore on PS4 I would certainly wait for that, heck they better add Dynasty Warriors 3 because I want to experience those English dub voices in real time.

The new titles are slowly being added

Only the games priced at £11.99 will have a Platinum Trophy.

Can't wait to go for the GTA platinums

New title possibly on the horizon:

Max Payne has been rated for the PS4 by the ESRB. The title was also available on PS3.

PAL versions of the PS2 Classics are 50Hz "with a crude frame-blending 'upscale' to the 60Hz output". Eurogamer reported there were a lot of frame-pacing issues but most of it was actually caused by the 50Hz to 60Hz blending. In other words, the UK/EU/AU versions are inferior to the US version.

In other news, PlayStation US have set the three Star Wars PS2 games to February 16th 2016.

PaRappa the Rapper 2 will be available to download on December 15th.

It's great to be able earn trophies for playing PS2 classics but the prices are pretty steep. There's really no way i would buy something that i already own on a PS2 unless it was heavily discounted.

I can live with paying over 10 euros for games like "Rule Of Rose" or "Echo Night" but i won't buy games that i can easily still get for fair price.

More than slightly worried about how PaRappa will play under modern conditions.
B

All the ps2 games I care about playing got HD remakes on the ps3 (ico, shadow and okami).

If the .Hack and .Hack//GU games come over, i'll be happy as I loved the former series and missed the latter series.

I'd also like to give Black another go (EA) 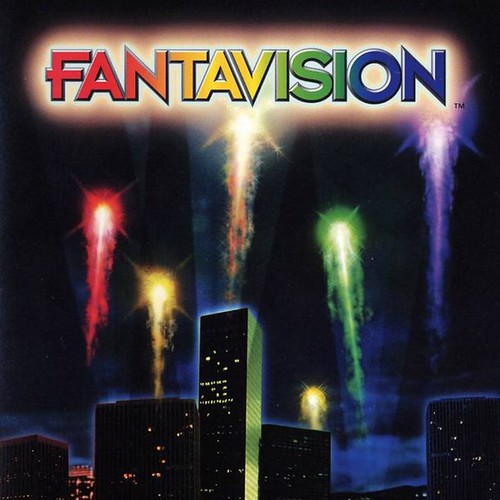 FantaVision will be available to download on December 22nd in North America, Europe should follow soon after.

AUKN Staff
Back in December, Sony announced they will be bringing select PlayStation 2 titles on the PlayStation 4's store as a digital download. Unlike the PS3 versions, the PS4 will offer a special emulated version where the quality is up-rendered to 1080p, improved frame rate, trophy support and additional features like Remote Play and Streaming. At least one title has been added per week every now and then.

Added this week is Rockstar's The Warriors for UK & European stores for £11.99. Also arriving this week (but for North America) is SNK's Metal Slug Anthology which contains a bunch of Metal Slug games in one collection, price TBA.

Coming later this month is Fahrenheit (Indigo Prophecy) for £11.99.