“When I was a boy, I always saw myself as a hero in comic books and movies. I grew up believing this dream.” – Elvis Presley

In 2015, this was the big anime series that got everyone talking: and by everyone, I secretly suspect that meant Americans who got excited by the idea that the Japanese had created a superhero anime, because if American comics are anything to go by, superheroes are all they care about.

Let’s face it, that’s the main reason why One Punch Man is so popular: the fact that superhero-loving Americans can get it. But let’s not dismiss the series because of this. After all, if it gets more people to like anime, that has to be a good thing. 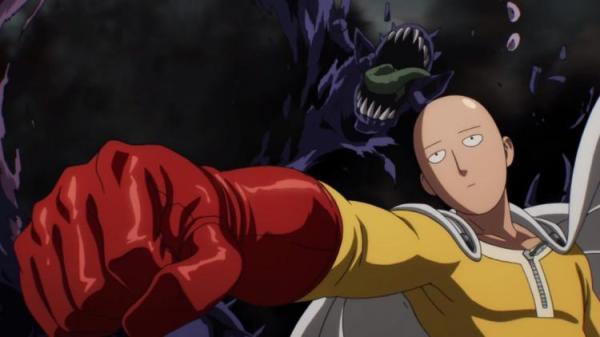 The titular character, whose real name is Saitama, is a man who three years before the story began decided to become a superhero for fun. After years of somewhat intense physical training, eating properly, and not using the air conditioning in his flat in City Z, he eventually became super strong. This has led to several problems however. First, his training resulted in him going completely bald. Second, he is now so strong that he is able to defeat all of his enemies in a single punch, leaving him dissatisfied with life as there is no-one out there strong enough to take him on.

Later, another superhero, the cyborg Genos, witnesses how easily Saitama is able to defeat supervillains and requests that Saitama take him on as a student, which Saitama does reluctantly. After working together for a while they decide to join the Hero Association in order to be officially recognised as heroes. Genos automatically joins the highest rank, the S-Class, while Saitama is put in the lowest C-Class despite his strength. Thus Saitama still has problems with people not taking him seriously, despite his superior abilities. 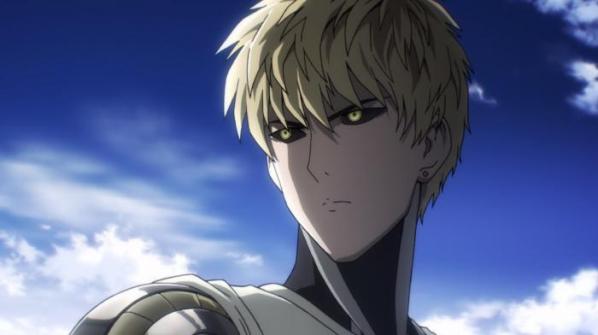 The story thus sees Saitama trying to find worthy opponents and trying to prove himself to the public, the Hero Association and other superheroes. These heroes range from grumpy girl esper Terrible Tornado, the gay Puri-Puri Prisoner, and bicycle-peddling Mumen Rider (a parody of the popular live-action superhero Kamen Rider).

One Punch Man’s main strength is the lead character, and I don’t just mean Saitama’s incredible strength. The character is rather believable, in that you can understand why such a character would be frustrated with his lot. There is also the artwork which is suitably humorous. At times he looks like any other male anime lead, but quite a lot of the time he is drawn incredibly simply, with an egg-shaped head and a blank expression on his face. This appearance has even led to some popular internet memes. The fact that Saitama doesn’t look like a traditional superhero while Genos looks so much cooler than his master adds to the comedy. Having said this, the action is better than the comedy. This is a series you watch more for the fight scenes than the humour. 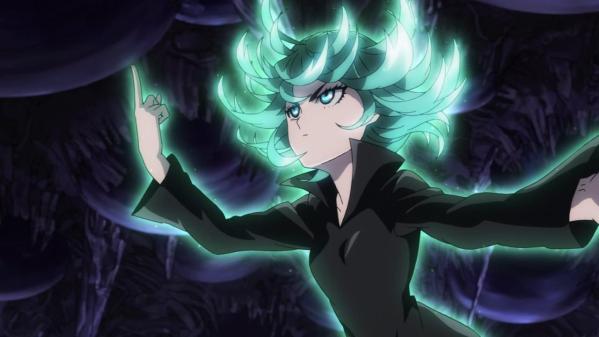 Another plus point to this collection is that you do get a fair amount of extras: there are six OVA episodes, all of which are over 10 minutes long, textless opening and closing, and around half-and-hours of interviews, including both the Japanese and English voice actors, the character designer and animation supervisor Chikashi Kubota, and JAM Project – the supergroup who created the show’s opening theme song, “The Hero!! Set Fire to the Furious Fist”.

However, this collection does have one big problem: it’s released by Kaze. Just that name alone is enough to put people off from buying it and instead import it from elsewhere. I didn’t spot anything wrong with this release, but their reputation has always been so bad that this series will be hampered by being released by them, but hopefully it won’t.

One Punch Man Collection One Review

Your best and worst of Spring season 2019