NIS America may no longer be around for anime distributing but out of nowhere have decided to publish one of their titles to the Steam platform. Just like with Crunchyroll a couple months back, NIS America have added the complete series of Toradora! on the platform in streaming form.

Each episode will cost 79p while the entire package is currently 30% off at £13.75. The package contains both English & Japanese audio with English subtitles. 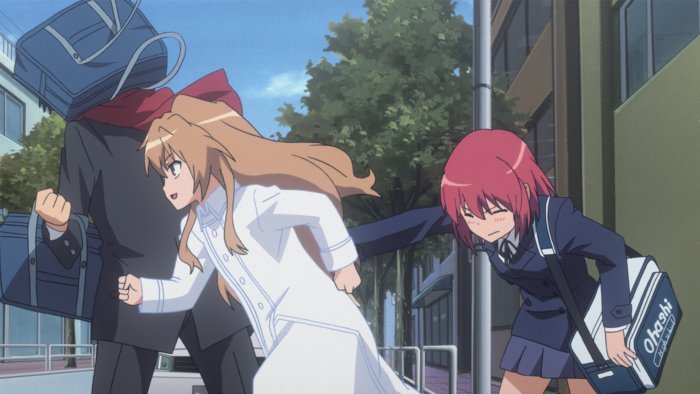 Due to his frightening appearance, Ryuji lives a rather unfortunate life. On the first day of his junior year of high school, he meets a strange girl named Taiga.She is better known as the Palm-top Tiger. Despite looking small and cute, she is extremely short-tempered and nobody can stop her once she starts throwing punches.However, Ryuji learns a secret about Taiga nobody else knows…The dragon and the tiger join forces to bring you a monolithic romantic comedy!
​
Toradora! is available to own on home video by MVM Entertainment and is available to stream on Crunchyroll in both audio options.

Sweeeeet one of my all time faves!!!

Cool, already own it but I like seeing good shows spread to new platforms and therefore new viewers