so what did everyone think of the new Special of red dwarf?
C

Well....what can i say. I tried not to get my hopes up, but i couldn't help it, lol.
It wasn't all that bad, it picked up in the third part, and by the end i came to the conclusion that i really quite enjoyed it. But it was really so much less than it could have been.
In the original theres a joke a minute, but in this new outing there were big stretches with nothing. There were even some things that i thought they were going to make jokes out of that they didn't. The pace was just too slow!

I think that maybe it's been so long since the last series that the writers, and the actors have lost the familiarity they would have had with the characters, so something that was instinctive became something more forced. It also lacked the imput of the studio audience, something which of course they couldn't afford because of spoilers.
B

I liked it, although personally i thought it would of benefitted of being shown in movie format instead of three seperate episodes, there seemed to be a lot going on in each ep and just as it was building towards something the episode ended. It wasn't near their best efforts, but it was by no means their worst. The ending was kinda off but considering i've heard rumours that this special was done to see if there is still intrest for a 9th Season, it was no surprise. Still i'll get the DVD when it comes out in june, and now we'll see if they do make more of it that was the swansong for the show (let's face it there isn't going to be a proper movie )
C

A little update on what i said before.
I re-watched it yesterday when it was shown back to back and i have to say i enjoyed it much more than my first viewing. Red Dwarf seems to have a strange quality where by it gets funnier on each successive viewing, this seems to be the case for me at least.
I must agree with BlackWolf though, it would have done well to have been shown all at once like a movie, which is maybe one reason why i enjoyed it more yesterday.

In a word, disappointed.

I was intitially surprised and to be honest, quite excited by the decision to undo everything which series' 7 & 8 did through the plot device of the imaginary series' 9 & 10, which was quite funny. But I knew after I only laughed once in the first episode (at the drawn out Lister - Tomatoes - Ironing joke) that the decline in writing standards during the last two series' had only gotten worse.

As for the second and third episodes, there's a difference between an amusing parody of Blade Runner and the full scale lifting of several scenes to er... more or less zero comic effect. It might also have been better had the end not been a lazy rehash of the excellent episode "Back To Reality".

The characters don't even seem like themselves anymore - the best thing about Lister in the earlier series' was that despite being the last man alive he carried on more or less as normal, his seemingly impossible quest for Earth (and later Red Dwarf itself) acting as a goal to keep him sane. Now he seems hung up on Kochanski and nothing else. Doug Naylor seems to have totally run out of any funny Rimmer jokes, leaving the character simply a sad coward and not really anything else. The depth the characters built up over previous series' seems to have been totally wasted.

To sum it up, where are the brilliant original antagonists like Psirens, Polymorphs and The Inquisitor? Repalaced by purple tentacles writhing around for five minutes while Rimmer dances. Where's the clever and sometimes touching philosophy of episodes like "Waiting for God" "Better Than Life" "Thanks for the Memory" and "Back to Reality" which still managed to be funny? Replaced with a lazy homage to an actually deep film.

To quote the Simulant Captain from Gunmen of The Apocalypse;

Overall I thought it was pretty poor. The main draw for me to the series was the idea that these guys were trapped with each other alone in deep space. Series 8 killed that by bringing back the entire crew so I hoped that cutting it back to the original four would be back to the basic premise that worked so well.

So much potential was wasted and with all the right elements there it was the story that killed it completely by making too many pointless side trips. The second episode was mostly cringeworthy self referencing with the Blade Runner references dominating too much time and didn't provide any laughs. The trip to Coronation Street seemed unneeded as well as plenty of other scenes including the nose maker guy (Another Blade Runner reference).

When it comes down to it was a rehash of the story of an older episode except with some rather haphazard and unconvincing dramatic elements thrown in that didn't really work. It's a 45 minute story tops, padded out to straining point. 10 years and that's the best story they had? I'd rather see them just talking in the bunk room for an hour and a half, those scenes were after all the heart of the show (One thing series 8 did really well).

Put them back in space with that isolated 'last man' atmosphere in tact, stop trying to be so clever with plotting that takes up too much time and remember Red Dwarf is a comedy and not a half baked sci-fi drama.
C

I think the big problem was that with it being a one off thing everyone was expecting something special, something like a movie, and the creators knew that. But because of that they lost what really made the show in the first place - all the one-liners, longwinded insults and utter hopelessness of each of the characters.

I think that whatever way they played it fans would have been disappointed. The only way it might have really, completely worked was if they had made one last, final series that wouldn't have needed to prove itself in one shot, and could have taken it's time tieing up any loose ends.

Charter_Mage said:
But because of that they lost what really made the show in the first place - all the one-liners, longwinded insults and utter hopelessness of each of the characters.
Click to expand...

That's true. By the end of series 6 the focus was drawn away from the aspects of the story which nurtures RD fandom; the character-based humour itself. There were about three decent laughs in this special, the rest of the story being far more serious than those of the earliest series, often needlessly so. Only a single mentioning of Holly as well.
It was satisfying eventually, but it was definitely New Dwarf instead of funny Dwarf, as many were expecting. Though I haven't got round to rewatching the last episode of VIII in almost a decade, I remember the farce into which that conclusion descended being a more comically entertaining way to end things on.
K

Red Dwarf is basically the Sonic the Hedgehog of television for me. Something that was once rather brilliant that has been abortively revived to utter craptastic effect too many times for me to particularly feel insulted anymore.

Doug Naylor seems to bleed all over getting it into production, but seems to be incapable of making anything good out of it. The poor guy needs to just wrap it up for good and get on with his life.

kupocake said:
Red Dwarf is basically the Sonic the Hedgehog of television for me.
Click to expand...

'Sonic the Hedgehog of television', you say?
Such blatant negativity will never earn you a promotion... 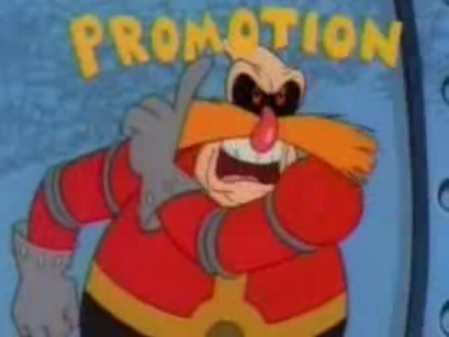 I'm probably late at posting here but here goes
I watched them when they came out, and overall I liked them, Like said above, a movie format would of been good for this, I did watch them back to back on the 4th day it was showing and I thought it was way better like that without the day gaps.
I'll be buying the dvd when it comes out, I hope they make some more though =)
M

I also enjoyed it. I feel it did have sufficient funny moments and I find just seeing the characters on screen was enjoyable in itself.

Though, I can't claim to have seen all of previous series (only up to series 5 I belive, with scattered episodes on Dave also), so I didn't have anything to compare it by in terms of the more recent Dwarf.

Oh and I'd be all for them doing another series.
C

Maltos said:
I find just seeing the characters on screen was enjoyable in itself.
Click to expand...

I must agree with this. It may not have been as good as it could have been which is unfortunate, but i really did enjoy seeing the actors all together again, and the sheer novelty of seeing the characters in a new adventure.
J

I thought there weren't as much funny moment as there could have been because it was trying to get through the story, Rimmer pushing the Hologram in front of the car was funny though ^_^
Last edited by a moderator: 7 August 2016
B

Maltos said:
I find just seeing the characters on screen was enjoyable in itself.
Click to expand...

I must agree with this. It may not have been as good as it could have been which is unfortunate, but i really did enjoy seeing the actors all together again, and the sheer novelty of seeing the characters in a new adventure.
Click to expand...

I also agree with this, it could of been better but at the same time but at least we got something new, besides with only one half of the original duo behind it, it wasn't going to reach the lofty peaks of the best the series had to offer really.
M

But now it's time to leave it be and not do another series.
I forced myself to not watch the last series and I shall do the same again!

Banished from the Hero's Party, I Decided to Live a Quiet Life in the Countryside Volume 3 Review

Banished from the Hero's Party, I Decided to Live a Quiet Life in the Countryside Volume 2 Review