Distributor MVM Entertainment also offered a 12 Days of Christmas sale a little later than Anime Limited’s but offered a solid range of titles including discounts on their limited edition sets and bundles of popular anime series like Familiar of Zero and Log Horizon. Like Anime Limited, MVM had also offered a mystery box just like they did last year.

We’re going to remind folks that we are aware that a fair amount are saving their mystery boxes as Christmas presents so this is a spoiler warning over the contents.

Without further ado, here are the items: 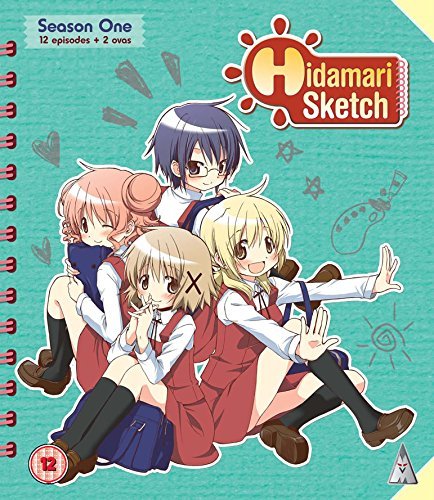 
Yuno has dreamed of attending Yamabuki Arts High School for years, but now that she’s been accepted, there’s the scary prospect of moving away from her home and family for the first time! Fortunately, Yuno quickly learns that even if her new neighbors at the eclectic Hidamari Apartments aren’t technically family, at least the majority share the bond of being fellow art students.

Between second year students like Hiro and Sae, who try to behave like helpful older sisters, and Miyako, her hyperactive new neighbor, classmate, and best friend, Yuno will never find herself alone. And that’s a good thing since she’ll need a solid support network to deal with strange characters like her oddly masculine landlady, her cosplay-obsessed home room teacher, her tooth-chattering principal, and all of the other odd denizens who inhabit her chosen world of art.
​ 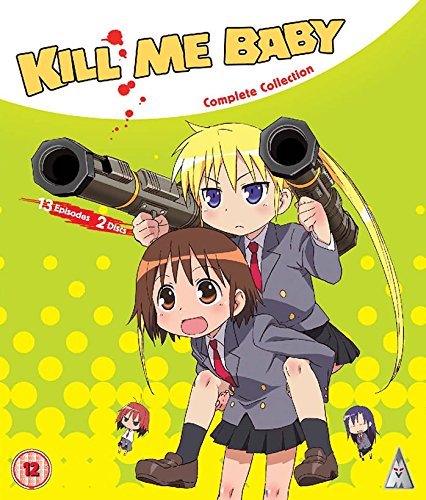 
Yasuna Oribe isn’t your typical Japanese high school girl. For one thing, she’s a little slow on the uptake, and for another, her best friend, Sonya, is actually a highly trained foreign assassin who’s in Yasuna’s class as part of her assignment. Though perhaps Yasuna’s definition of “best friend” is a bit strange, as Sonya has the habit of regularly attacking Yasuna, especially when startled.

However, as noted, Yasuna isn’t exactly the sharpest tool in the shed, and while Sonya knows precisely what to do with every one of those sharp objects, even she is hard pressed to deal with the day to day oddities that seem to fill their class schedule. Things like: escaped bears, voodoo curses, juggling and killer mosquitoes. And puppet shows.

And just in case Yasuna’s life wasn’t weird or hazardous enough, there’s her ninja classmate, Agiri, swarms of bees and assassins targeting just about everybody, a mysterious red-haired girl with a personal vendetta and the perils of slipping in the public bath.
​ 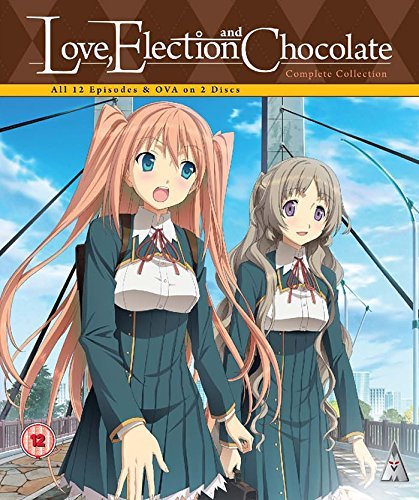 
In Japan, participation in extra-curricular activities is as fundamental a part of an education as chalk and gym shorts. However, not all students are overachievers, and for those like Yuki Ojima, groups like the Food Research Club are welcome havens in which to slack off. But what’s a slacker to do when the radical new candidate for Student Council president announces her intent to get rid of clubs like the FRC?

Well, getting the help of the current Student Council president is a good start, but his suggestion is so counter-intuitive that it’s crazy: Yuki’s going to run for the Student Council himself! And yet, it’s SO crazy that it just might work. Especially when Chisato, the chocolate-adverse president of the FRC – not to mention Yuki’s best childhood friend – and members of other targeted school clubs start to join the swelling FRC army. But can this army of goofs and goof-offs coast all the way to political victory? Or will someone have to step up to the plate and take one for the term?
​ 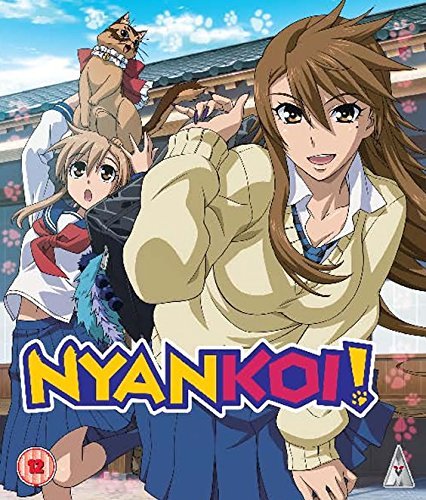 
Saying that Junpei Kosaka’s allergic to cats is something of an understatement, just thinking about cats can make him sneeze. A fact that seems to be lost on his mother and sister, who both ADORE cats. And if that wasn’t bad enough, when Junpei inadvertently damages a statue of a cat deity, he becomes cursed with the ability to understand felines. Now Junpei must perform one hundred great favors for cat-kind or face the fate of being turned into a cat himself! Life quickly becomes a purrfect hell as every cat in the neighborhood starts sending Junpei their list of “requests.” But it’s not just the cats: the local Yakuza’s daughter is playing cat and mouse; the monk’s daughters are acting catty; Junpei’s childhood best friend is ready to use him as a scratching post; and the girl he has a secret crush on is as cat crazy as the rest!
​ 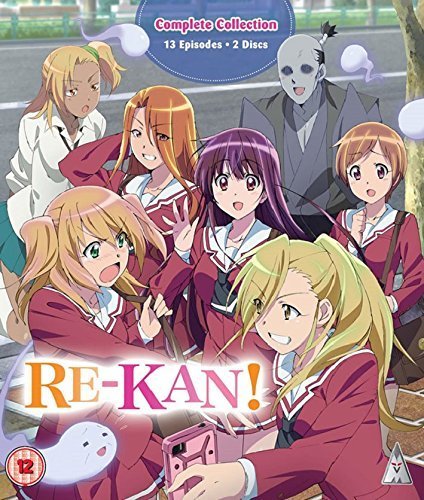 
Narumi Inoue has a problem with the new girl in school. It’s not that Hibiki Amami is impolite or a bully… it’s just that she sees, speaks with, and befriends ghosts! Now, it’s at the point that when Amami’s around, Inoue sometimes sees them too, spelling disaster for a girl who’s terrified of anything supernatural. However, Amami’s genuine kindness makes it hard for Inoue to ignore her, especially when her friends Kyoko, Kana, and Makoto, as well as the other students, have accepted Amami’s habit of talking to thin air and walking around invisible obstacles. With gentle coaxing (and the knowledge that her departed grandmother is watching over her), Inoue finds herself immersed in Amami’s strange, otherworldly adventures. Fulfilling the last wishes of the dead might not be a normal after-school activity, but at least they’ll always know why the ghost crossed to the other side in RE-KAN!
​
And that is all five items included in the bundle. Remember if you already own them or don’t like them you could always gift them to a friend or family member!