The next anime film getting the UK theatrical treatment is looming closer, and so are the cinema locations!


Back in May, Anime Limited announced they plan to theatrically release Masaaki Yuasa’s The Night is Short, Walk on Girl throughout the UK during 4th October 2017 and now the cinema locations are slowly being unveiled. The film had already received its UK premiere at both Glasgow and London with each selling out as well as offering a Q&A with the director. The upcoming 4th October 2017 date will be the usual theatrical treatment that Your Name, A Silent Voice, Sword Art Online: Ordinal Scale, Fairy Tail: Dragon Cry, In This Corner of the World, Project Itoh: Genocidal Organ, and Napping Princess all received in the past twelve months. 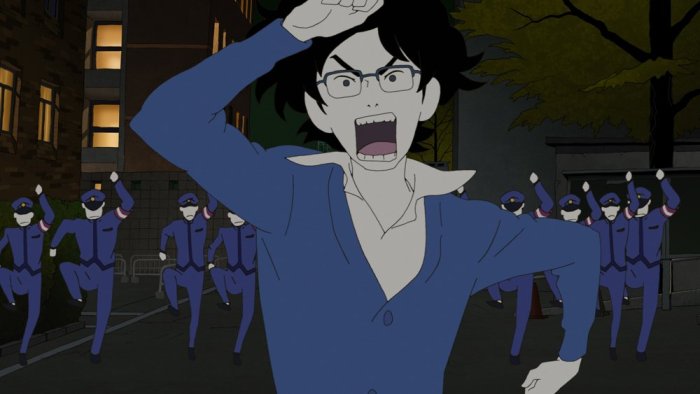 Here’s the story synopsis as a recap!


Gracefully yet violently, The Girl with Black Hair (Kana Hanazawa) swirls through the abstract Kyoto night a joyful tempest. Blowing through pub crawls, festivals and book fairs, her youthful glee infects parties of increasingly eccentric characters, but amongst the debtors, existentialists and the God of the Old Book Market, can she be convinced “coincidental” encounters are fate and will she notice the Senpai (Gen Hoshino) in pursuit of her love? Whether the hands on your clock move fast or slow, The Night is Short, Walk On Girl.
​
Without further due, here are the locations. The film’s main website is available to view here.


(the page is up but locations have yet to be revealed, we’ll update as soon as it is available!)


The locations listed below are all from their Cinema De Lux range. Every screening unless stated all start at 19:00 (7:00pm).


The Night is Short, Walk on Girl will be available on 4th October 2017 in Japanese audio with English subtitles only.

10pm
Luckily I booked this day and the following morning off. It was for a different film (Blade Runner: Final Cut), but that got moved, again luckily to a date I can still attend.

AUKN Staff
Nice to see Leeds on the list for vue, makes it much easier just to walk up for it in the evening after work.

AUKN Staff
It's also on at Chapter in Cardiff on September 29th as part of the Kotatsu Japanese Animation Festival: