Following last month’s surprise announcement that Manga Entertainment will be premiering Studio Mir’s Chinese animated epic Big Fish & Begonia at the BFI London Film Festival on 8 October 2017, the distributor has now confirmed plans for a wide UK theatrical release in 2018. To commemorate this announcement, they have shared with us, the film’s UK theatrical poster: 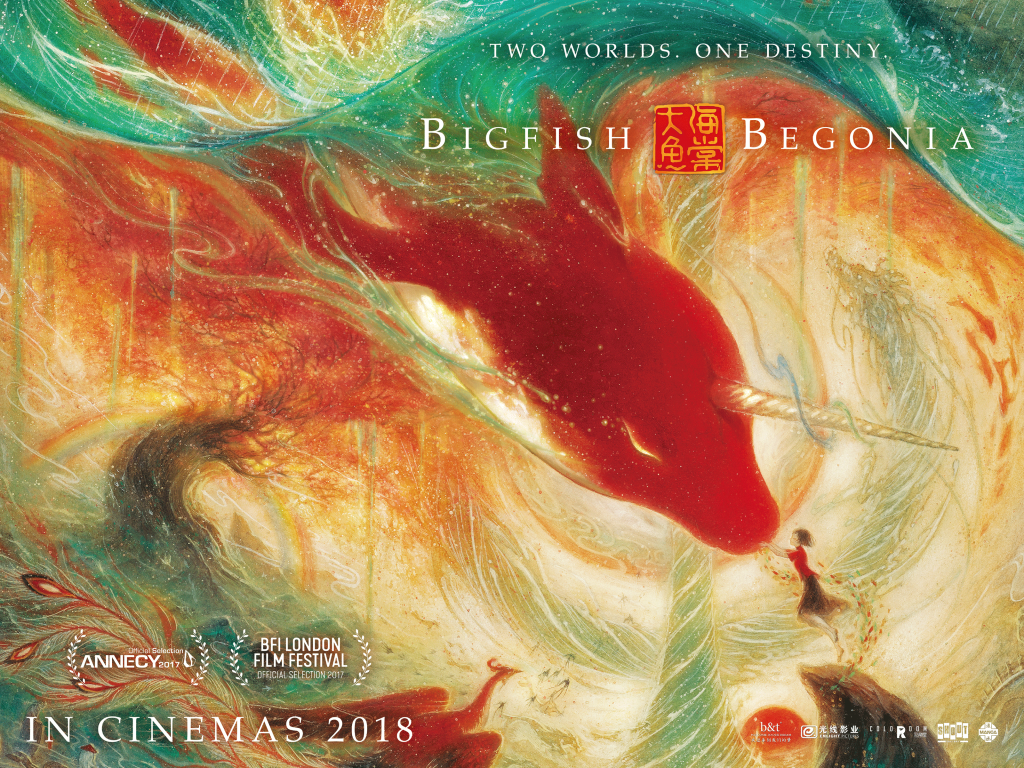 You can watch an unsubtitled trailer below:


The BFI listing describes the film as follows:


Beneath the human world is a mystical domain whose inhabitants, once they turn 16 years old must travel through a vortex to observe mankind for a week. During this time, they are barred from direct contact with the human beings. Young Chun takes the form of a dolphin, but on her journey unwittingly finds herself in a life and death situation involving a human boy that results in her making a huge decision. Chun’s world is an incredible magical realm whose residents include a one-eyed man carried in a carriage by cats, a giant two-headed snake and a rat matron who commands her obliging vermin gang. Big Fish & Begonia is an exceptional, visually breathtaking Chinese animated fantasy, as near to the best of Studio Ghibli as you’re likely to find anywhere. Think Spirited Away meets The Little Mermaid and you’re on the right track.
​
Tickets for the BFI Southbank screening of Big Fish & Begonia are now on sale.