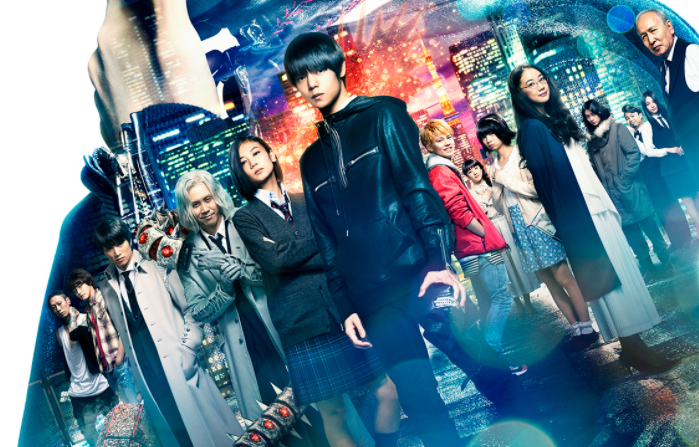 Back in October we mentioned that distributor Anime Limited would be bringing the live-action Tokyo Ghoul film to the United Kingdom and Ireland with a theatrical release as well. Today, the distributor has now offered a new trailer and news that some theatrical locations are available in preparation for the Wednesday 31st January 2018 launch!

The film will be presented in Japanese with English subtitles only and it will only be available for one night. Here’s the story synopsis:


In modern day Tokyo, society lives in fear of Ghouls: creatures who look exactly like humans – yet hunger insatiably for their flesh. None of this matters to Ken Kaneki, a bookish and ordinary boy, until a dark and violent encounter turns him into the first ever Ghoul-human half breed. Trapped between two worlds, Ken must survive the violent conflicts of warring Ghoul factions, while attempting to learn more about his powers.
​
Here is a brand new UK theatrical trailer from Anime Limited’s official YouTube channel:


Not every cinema chain will provide full times & locations early on (and they may not even bother with it altogether), but for now here are the locations. Currently Prince Charles Cinema and Showcase Cinemas have listings available:


The times are currently slated for 20:00 (8:00pm) unless stated below. You can pre-book your tickets here.


Tokyo Ghoul’s live-action film heads to UK theatrical screens on Wednesday 31st January 2018 for a single night only. Anime Limited have also released the anime series for Tokyo Ghoul with the first season, the non-canon Root A season, and the OVAs Jack & Pinto – all available on Blu-ray and DVD.

Very limited this time around I see. Normally I complain because my closest is a 40 minute drive but this time it's even further away...

AUKN Staff
Already seen it thanks to the Leeds film festival, so unlikely to go and see it again. Times are a bit weird for this one as 8pm is quite late on a weeknight given how far out of town the showcase is. If I hadn’t already seen it I’d have made the effort though. Lambadelta said:
I'm not travelling over 1 hour to see a film
Click to expand...

Adam-M said:
I have to travel over an hour to see anyone I'm not related to
Click to expand...

I don't live in the middle of nowhere though... I live near two pretty big cinemas, and the only cinema showing this film is in a completely different city.

It ain't that far from the station! Easily walking distance. But yeah the rest of your journey would be a massive hassle.

The Vue had quite a lot last year, Odeon not so much. Wonder why AL went with Showcase only.

D1tchd1gger said:
It ain't that far from the station! Easily walking distance. But yeah the rest of your journey would be a massive hassle.
Click to expand...

I'm not walking to a place in a city I don't live in, and have no clue how to reach. That's a recipe for getting lost.

Lambadelta said:
I'm not walking to a place in a city I don't live in, and have no clue how to reach. That's a recipe for getting lost.
Click to expand...

Not got Google Maps on your phone?
You can see from the station, the side you would come out of. Adam-M said:
I have to travel over an hour to see anyone I'm not related to
Click to expand...

D1tchd1gger said:
Not got Google Maps on your phone?
You can see from the station, the side you would come out of.
Click to expand...

@ayase You're making me feel like Scooter from Borderlands now

@Lambadelta you've still got a few years yet mate, but eventually you'll hit a point where you have to do things like this to stay awake. I think @Neil.T will probably get that better than most

Sheffield is getting a showing All The Anime on Twitter

Nowhere near me once again. Takes me an hour to catch the train to Cardiff (though driving saves time though I don't drive) shame since I imagine it covers some ground the series did and I enjoyed the first series and it's willingness to explore the ghoul "underground"

Birmingham added for the 8th
All The Anime on Twitter

And additional viewings at Showcase cinemas in Southampton, Nottingham, Manchester, Leeds and Reading for next Tuesday:
All The Anime on Twitter