Netflix have revealed their February 2018 line-up and one particular title has caught the interest of the anime community. On 19th February 2018 the Japanese live-action movie adaptation of the Fullmetal Alchemist manga will be available exclusively for worldwide as an ‘Netflix Originals’ title. 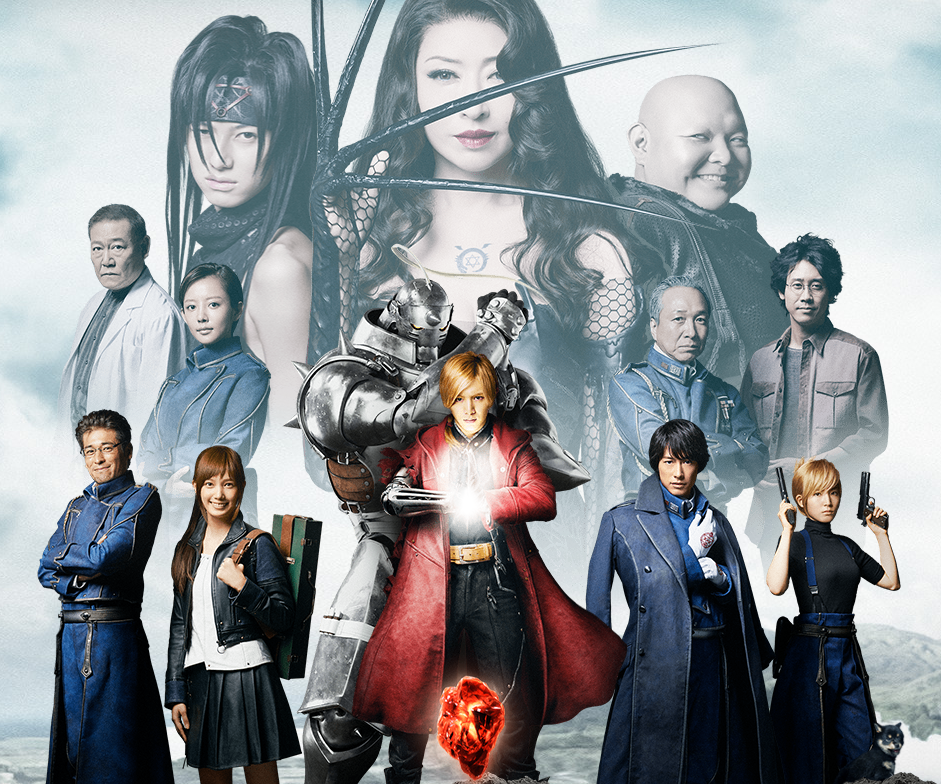 The film is directed by Fumihiko Sori who has also directed a number of works including the 2002 live-action adaptation of Ping Pong, the 2007 CG anime Vexille, the 2008 chanbara film Ichi, and the 2009 CG anime To (2001 Nights) films. Warner Bros will be distributing the film in Japan, whom also distributed the live-action Rurouni Kenshin trilogy.

The cast of characters for this live-action movie include:


It’s also worth noting that due to contractual reasons (such as a ‘no photo rule’) the actor Ryōsuke Yamada can’t be shown in the promotional material as part of his agency’s requirements.


The plot takes place at the beginning of the 20th century, in a reality where alchemy (ancient esoteric science that sought the transmutation of matter) is real, extremely developed and respected. The plot features brothers Edward and Alphonse Elric who, after attempting the forbidden technique of human transmutation, suffer the consequences. Alphonse loses his entire body while Edward loses his left leg. Edward then sacrifices his right arm to save his brother’s soul by attaching it to a metal suit of armor. Edward is then given mechanical prosthetics known as “automail” in place of his missing arm and leg. Upon acceptance into the State Alchemists, he is given the nickname “Fullmetal Alchemist”, all while searching with Alphonse for the legendary philosopher’s stone, that will repair their bodies.
​
PROMO MATERIAL


Warner Bros Japan have shared a fair amount of trailers to promote their film:

I have to say that the poster looks like they've gone dragonball evolution on it. And the star of it can't appear in any promos? The hell! Lust is featured pretty prominently but she's usually not utilized like a character that demands that much attention. I would say that this could work and any comparison to DBE is quite impossible without seeing it first.
Pinned or panned? Only time will tell!

Captaaainuniverse said:
Only time will tell!
Click to expand...