It’s now November and the next big festival has begun!


The 31st Leeds International Film Festival celebrates the film culture by offering movies from around the world in one place! Each year they offer multiple themes for fans to watch films in a single go, and they have continued this trend for this current season. The festival has actually commenced at the time of this article but it will continue through to 16th November 2017.

Much like last year, the festival will also be showcasing anime as well as asian cinema films in the mix. We know folks have an interest with the asian cinema so we’ll be listing them below as well!

If you’re interested in what else the festival will be offering, they have a complete list of titles and events you can visit here!


This event showcases a mixture of animated movies, whether it’s from Europe or even from Japan. We’ll be listing all of the animated films in this post. The films listed below will be in their foreign language with English subtitles unless otherwise. Animation Sunday will be located at Leeds Town Hall: Victoria Hall. 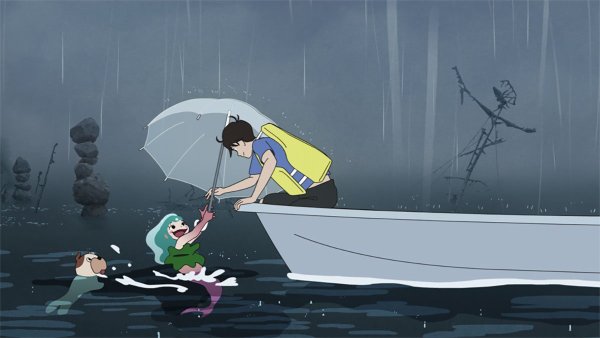 Lu Over the Wall


From visionary anime auteur Masaaki Yuasa comes a hallucinogenic yet family-friendly take on the classic fairy tale of the little mermaid who falls in love with mankind, and then comes ashore to join a dysfunctional middle school rock band and propel them to fame. New kid Kai is talented but adrift, spending his days sulking and isolated in a small fishing village after his family moves from Tokyo. When he demonstrates a proficiency at making musicon his synthesizer, his classmates invite him to join their nascent garage band, but their practice sessions soon bring an unexpected guest: Lu, a young mermaid.
​
The film will also be available on 11th November 2017 at the Hyde Park Picture House at 12:00 for the same individual ticket prices listed above.


In development for over a decade, and a huge hit on its release in China last year, Big Fish & Begonia is a breathtaking and beautifully-crafted animated adventure inspired by Chinese myths. In a hidden world within our world, celestial beings are in charge of the tide and the changing of the seasons. One of these beings, a young girl named Chun, transforms into a dolphin as part of a coming-of-age ritual and enters the human world she has always longed to explore. When she falls into danger, a human boy named Kun comes to her rescue.
​
The film will also be available on 7th November 2017 at the Leeds Town Hall: Victoria Hall at 12:30 for the same individual ticket prices listed above. 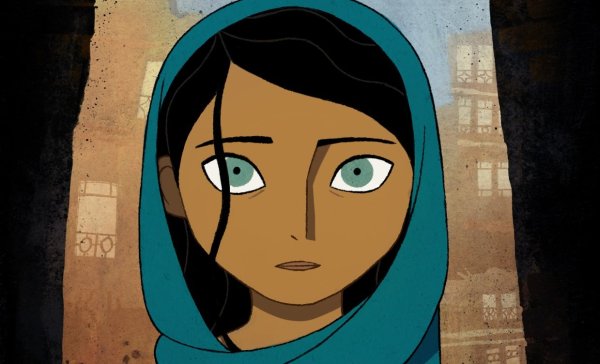 
This moving animation is set in dusty Kabul, where imagination thrives in the stress of conflict. Parvana is a dutiful 11-year-old girl whose skills in reading, writing and trading goods are tolerated by the Taliban. Her family relies on Parvana’s wits to help them amidst the ongoing war, and her responsibility increases once her poor parents are targeted by the religious police. Parvana’s escape from the stress is through her exquisite storytelling, her stories of an ancient quest are a balm for the souls of her downtrodden beloved.
​
The film will also be available on 6th November 2017 at the Leeds Town Hall: Victoria Hall at 18:00 for the same individual ticket prices listed above.


After a nasty scooter accident, a pizza delivery boy named Angelino begins seeing strange, otherworldly things lurking in the alleyways of the urban jungle where he lives. Soon, he and his friends are on the run from gun-toting federal agents, monstrous shapeshifters, and a sinister alien organization bent on world domination. Hip-hop, anime, and cosmic horror collide to thrilling effect in this action-packed adaptation of co-director Guillaume ‘Run’ Renard’s best-selling comic book. The other co-director is Japinese animator Shoujirou Nishimi who has worked on Mind Game, Tekkonkinkreet, and Batman: Gotham Knight.
​
The film will also be available on 8th November 2017 at the Leeds Town Hall: Victoria Hall at 18:00 for the same individual ticket prices listed above. 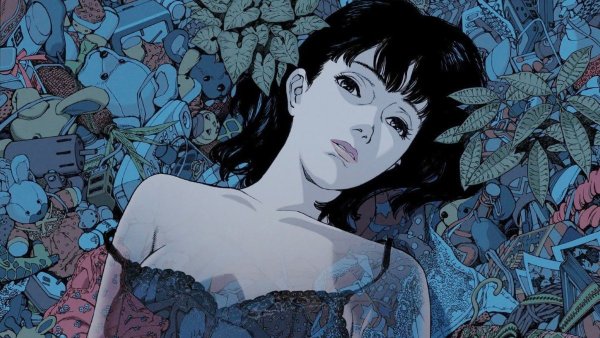 
Satoshi Kon’s acclaimed anime is screening in its 20th anniversary year. Leaving the world of J-pop behind her, Mima Kirigoe begins life as an actress on a crime drama show called Double Blind. When offered a lead role in the show as a rape victim, Mima accepts the role. However, the backlash from fans over her career change and a strange website called ‘Mima’s Room’ written by a fake Mima begin to worry her. When a stalker appears and people involved in Double Blind begin turning up dead with all the evidence pointing to her, Mima is thrown into a state of confusion, madness and paranoia.
​
The film will also be available on 8th November 2017 at the Leeds Town Hall: Victoria Hall at 13:15 for the same individual ticket prices listed above.


This event showcases a special marathon from Japanese director Takashi Miike to celebrate his 100th directorial movie. Joining the Takashi Miike works is also director Kentaro Hagiwara with the live-action adaptation of the Tokyo Ghoul manga written by Sui Ishida. We’ll be listing all of the Japanese live-action films in this post. The films listed below will be in their foreign language with English subtitles. Manga Movie Marathon will be located at Leeds Town Hall: Victoria Hall. 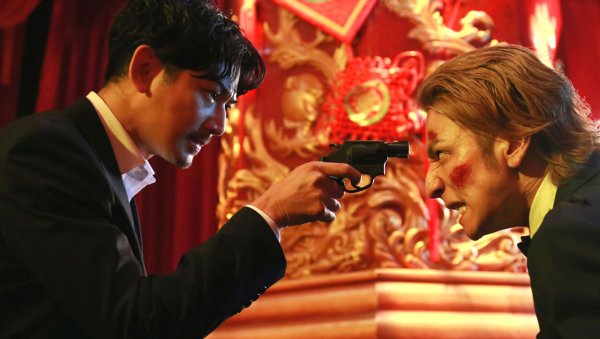 
Takashi Miike’s most delirious film in years, The Mole Song: Hong Kong Capriccio returns to the pop madness of Undercover Agent Reiji and turns it up to eleven, resulting in a yakuza extravaganza. Reiji Kikukawa (Toma Ikuta) is the most incompetent cop in Japan and he’s back. This time he’s up against the Dragon Skulls, a Chinese gang that’s made an unholy alliance with a dishonoured yakuza to bring pain on the almighty Suki-ya clan. ‘Only Nipponese cult helmer Takashi Miike can pull off a martial arts smackdown using a dripping toilet plunger as a weapon.’ (Variety)
​ 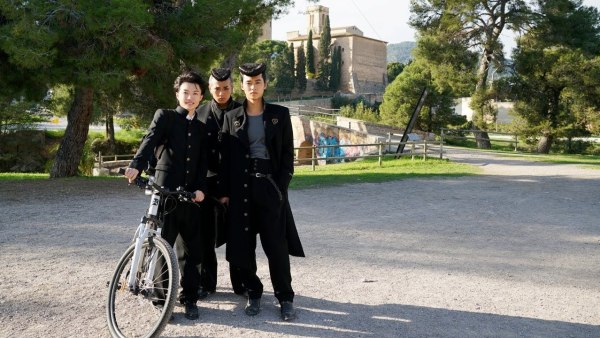 
Takashi Miike’s second manga adaptation this year (alongside Blade of the Immortal) is a wild, colourful, chaotic explosion of action, fantasy and drama that gets really, unapologetically weird by its final act. Josuke (JoJo of the title) is a cool high school kid with amazing hair and the ability to summon his ‘Stand’ Shining Diamond, an ethereal entity that possesses unique powers. When another ‘Stand’ user begins to kill people in the town, JoJo, along with his nephew Jotaro and shy new kid Koichi, must track down the attacker and do battle. But this adversary is only the first of many in a truly bizarre adventure.
​ Blade of the Immortal


Alongside Jojo’s Bizarre Adventure (also screening in LIFF 2017), Takashi Miike delivers another stunning manga adaptation, this time bringing the epic fantasy Samurai story Blade of the Immortal to the big screen in his 100th feature film. Manji is a highly skilled warrior who is cursed with immortality following a legendary battle. Haunted by the murder of his little sister, Manji fights evil wherever he finds it, in order to regain his soul. When he meets Rin, a girl whose parents were slaughtered by a group of master swordsmen, he promises to avenge their deaths and together they set off on a quest for revenge.
​
The film will also be available on 15th November 2017 at the Hyde Park Picture House at 15:00 for the same individual ticket prices listed above.

That’s all of the titles we would like to highlight for this festival. As mentioned you can visit the website for the rest of the catalogue they have in store! It is recommended that if you are interested in going that you’ll want to order your tickets sooner than later as these can get booked up faster than you would expect.

If you want to get the latest updates from the festival they are also available on social media through Facebook and Twitter.