The classic film is now available in streaming form.


This month sees the release of Katsuhiro Otomo’s Steamboy coming to Blu-ray for the first time in any English territory thanks to distributor Manga Animatsu. Now, you will be able to give the film a taste on Netflix if you can’t decide on whether to acquire it or not. The Netflix stream is Japanese audio with English subtitles only. 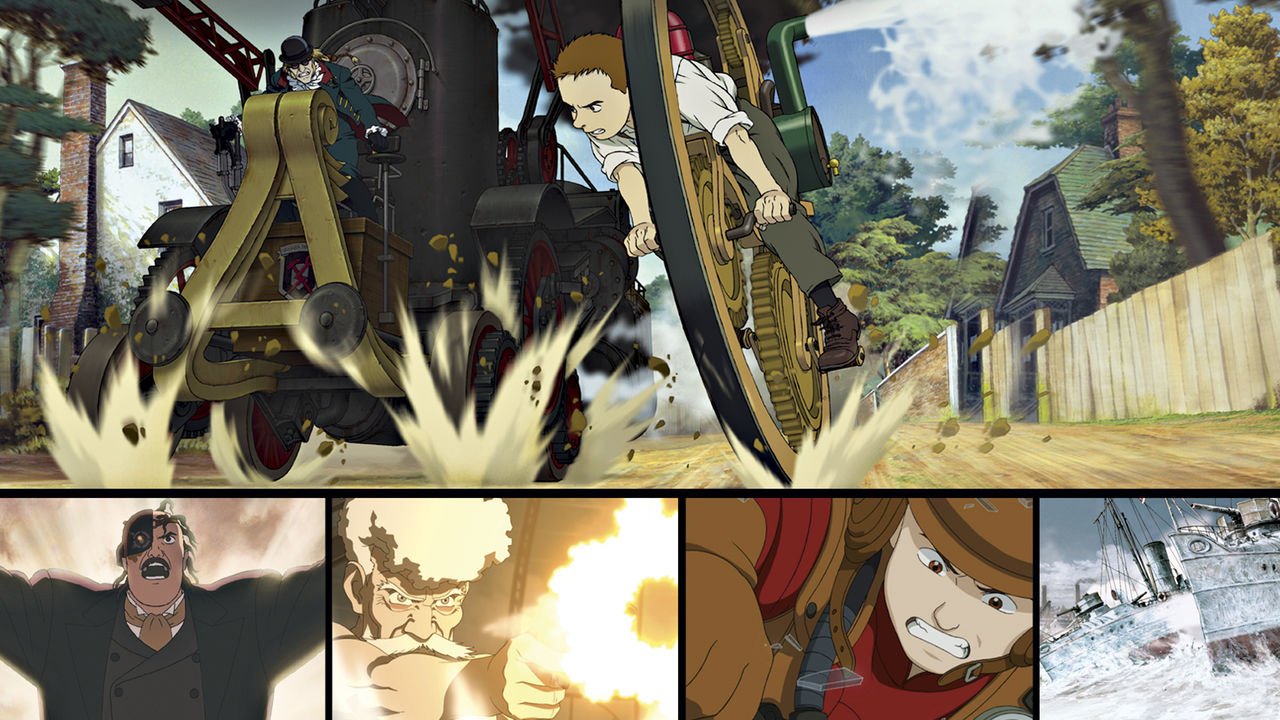 Steamboy was released in Japanese theaters on July 17th 2004 and was once distributed by Sony Pictures for the UK on DVD. As the film is set during a Steampunk version of England the English dub also provided a couple British actors lending their voices including Patrick Stewart, Alfred Molina, and Robin Atkin Downes.


From the leader in anime Katsuhiro Otomo (Osamu Tezuka’s Metropolis, Memories), comes his first feature- length directorial project since his breakthrough film (Akira). Ten years in the making, with a total budget of $22 million, Steamboy is the most expensive Japanese anime production ever. A retro science-fiction epic set in Victorian England, Steamboy features an inventor prodigy named Ray Steam, who receives a mysterious metal ball containing a new form of energy capable of powering an entire nation, the Steam Ball. Young Ray Steam must use the Steam Ball to fight evil, redeem his family, and save London from destruction. With more than 180,000 drawings and 400 CG cuts, Steamboy is one of the most elaborate animated features ever created. Steamboy will be brought to life with an outstanding ensemble voiceover cast including Anna Paquin (X-Men), Patrick Stewart (X-Men), and Alfred Molina (Spider-man 2).
​
Steamboy is available on Blu-ray & DVD from Manga Animatsu in both English & Japanese audio with English subtitles. Both the Blu-ray and the Netflix stream are using the director’s cut version.