Obviously it’s hard to talk about a collection of 12 short stories without spending a long time typing about each one, but I’ll at least give some good examples of what’s included. Off the top of my head, my favourite piece of the set is “Gala”, by Mahiro Maeda (top designer and animator behind many creations, from working with Studio Ghibli to mech designing for Neon Genesis Evangelion, and many more!) This short is a rather beautifully told blend of traditional Japanese Gods and the general idea of the many microbacteria that causes seeds to grow. It all culminates with a thrilling musical piece. Shinichiro Watanabe of Cowboy Bebop and Samurai Champloo fame brings us “Baby Blue”, which despite what other stories feature and given who’s behind it, is actually the most down-to-earth of the stories in the set. It focuses on two school teens who pop off and skip school together, the two of them have a shared history and the story is just a sort-of love story, with only one scene that isn’t realistic. It’s well told though, and well acted, for that matter. 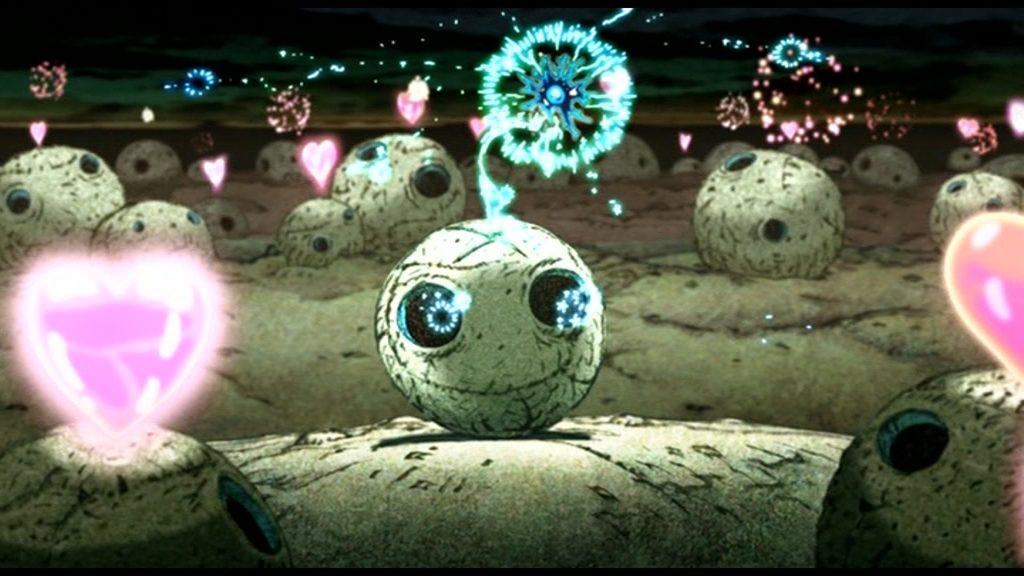 Two other memorable shorts are “Doorbell” by Yoji Fukuyama (who is one of the creators that it’s hard to find much about), where someone keeps seeing a second version of himself living his life just a few seconds ahead of him, and it soon ties into a love interest of his and how one can lament over missed opportunities. It’s a nice tale, and well animated with a more realistic style. The next one is “Shanghai Dragon” by Shōji Kawamori, of Macross fame. It’s set in China, so a lot of the cast speak Chinese, and it features a small boy – who often gets picked on – finding an alien artefact that allows whatever he draws to come to life. The little boy and his female friend soon get caught up in a war between a future version of humanity and their A.I. foes, one where his imagination could be the key to success.

The other side of the coin with this collection is the weirder… more abstract shorts. Stuff like the opening short, simply titled “Genius Party”, by Atsuko Fukushima, a legendary artist who created the Labyrinth Labyrinthos segment of three-story film Neo Tokyo, among other short stories and work in the 80s. It’s a very visually odd film, with nothing but a tribal, drum-beating song playing, all the while small orbs with smiley faces seemingly communicate and … there’s a thing with a weird large bird, and… well, it’s hard to explain, and not really my thing, but I can’t deny how nice it looks. “Deathtic 4″ by Shinji Kimura (art director for many a film and TV show, from Steamboy to Blood Blockade Battlefront), which is a partly CG film featuring zombies speaking nothing but Swedish, a special frog and weird inflatable rubber … electronic moo-ing… police? … on tricycles?… isn’t very fun to watch story-wise, but again is quite striking visually. 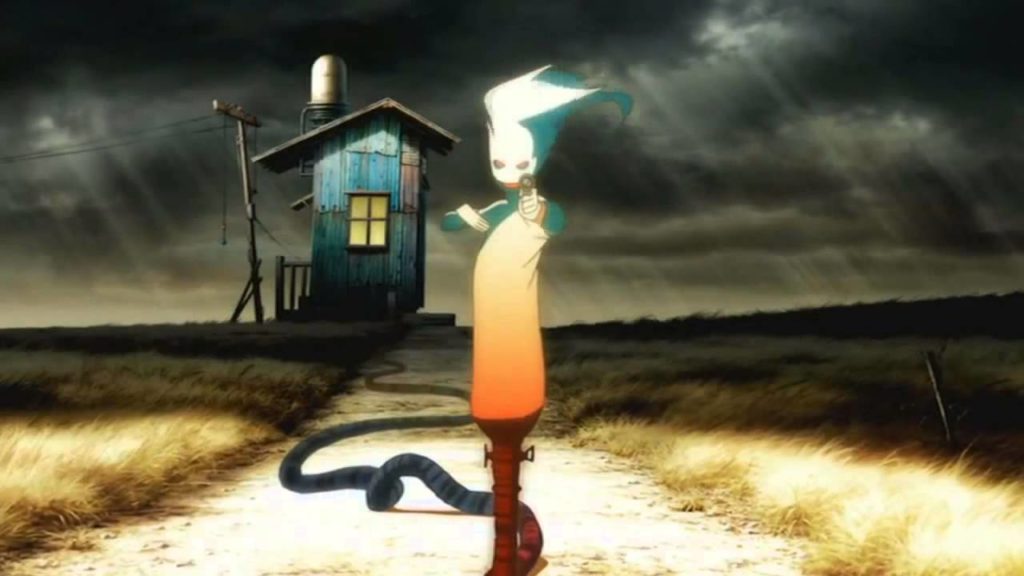 Then we get to stuff like “Dimension Bomb” by Koji Morimoto (co-founder of Studio 4°C and a long-time animator himself), which is just abstract to the point of you just being confused rather than delighted (think “The Worker & Parasite Show”, the gag Russian cartoon from The Simpsons… if you don’t get the reference, I’m sorry), and “Limit Cycle” by Hideki Futamura (key animator for things like Perfect Blue and Vampire Hunter D) which is literally someone reading passages from 17th century French mathematician/philosopher Blaise Pascal‘s Pensées while loads of flashing images of old scripture and modern animated … things fill your screen, as well as some normal-looking guy in a suit who may or may not do something relating to the old text that’s being read out to you. I honestly felt like I was being indoctrinated into a cult!

There you have it. Not mentioned are “Happy Machine” by Masaaki Yuasa (of The Tatami Galaxy fame), “Moondrive” by Kazuto Nakazawa (key animator of Samurai Champloo and general character designer), “‘Wanwa’ the Doggy” by Shinya Ohira (key animator in legendary films like Akira and Spirited Away), and “Toujin Kit” by Tatsuyuki Tanaka (who was also a key animator on Akira, among other projects). All of these weren’t bad, but not as memorable as the others, for better or worse… 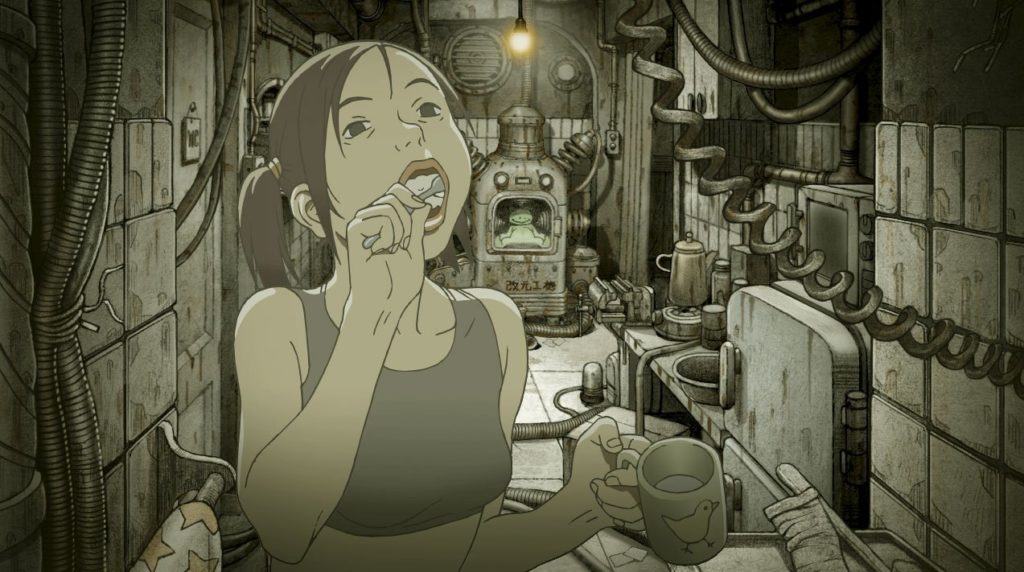 The release is Japanese with English subtitles only, and subtitle options are literally the only thing you can click on in the main menu that isn’t one of the shorts (really liked the set-up on the main menu, mind you, with each film clickable from the off) If you’ve forked out for the Limited Collector’s Edition then you’ll find an “exclusive 144-page “Project Genius The Making Book” featuring material translated from the Japanese release into English! (Never before available in English anywhere in the world!)” to quote Anime Limited themselves. I do have to criticise one thing, and do feel sorry for them because I know what they were going for, but the cover for this release is pretty awful. It’s supposed to look like the old GCSE or A-Level (did I just age myself?) study books, complete with the same font and dotted line set up, but the problem with that is that it looks like an old study book, which isn’t exactly going to get someone to pick it up off the shelf and have a look at it… 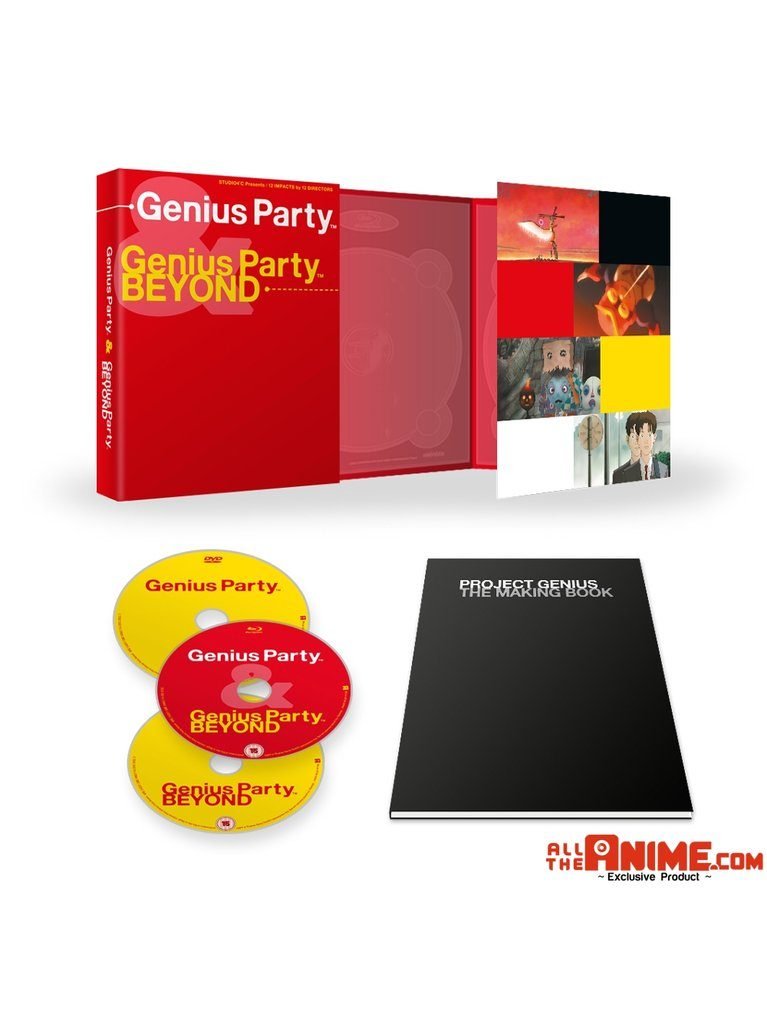 So, Genius Party and Beyond is a mixed bag… I mean pretty much literally, it feels like a bizarre mix tape, and as with all mix tapes some people will like some songs more than others, some will think a particular song shouldn’t be on it, and so on. One of the more fun things has been to read other people’s reactions to the shorts on offer here and see how they differ between each other and myself. If you feel like taking a lucky dip, not knowing how much you’ll get out of it, then Genius Party is a fun release to watch. You may love it, you may hate it, you might find yourself somewhere in the middle, but you won’t forget what you’ve watched for some time…

Inspired by @D1tchd1gger's ranking of the Studio Ghibli films, I thought I'd have a crack at the 12 shorts that make up Genius Party & Beyond. Amazing how @Cold Cobra's favourite, Gala, is my second-least favourite! AUKN Staff
One of the more fun things to do with the Genius Party set was reading about other people's favourites after having watched it. I don't think any one person's list was the same...