awadama said:
It's a nice show!

I don't really watch legal shows because I expect them to be really serious and complicated, but this one is pretty relaxed. There have been a few kinda intense moments, but also a lot of funny parts too and the main group of characters (especially Woo) are nice.

The only problem is that the episodes are about 1 hour 15 minutes long (which is about standard for Kdramas), so it's hard for me to watch a whole episode in one go

Yeah the only legal shows I ever rly got into were Ally McBeal and Drop Dead Diva which both actually had a sense of humor I feel you on the long episodes thing! XP

So within the same week, I get the English release of my favourite manga, something I have been awaiting for over a decade and the screen adaptation of my favourite western comic, something I have been dreading for more than a decade. But what's happening here? New media is supposed to be a horrendous, demoralising disappointment, surely? Especially adaptations or continuations of things I love. Isn't that why all these things are produced, to piss me off personally and kill any enthusiasm I might have that the future might be in any way enjoyable? Way to drop the ball, big media, because I loved this to bits and it made me happy rather than miserable.

I see there are already some negative critic reviews from people who haven't read the comics and find it slow and ponderous and meandering. I don't give a damn, because I have and this show is for me, frankly if it wasn't slow and ponderous and meandering it would be a terrible adaptation and a terrible disappointment. It's not like people who crave fast-paced action can't go watch another comfort food Marvel movie. In fact talking of superheroes, the removal of Sandman's ties to the DC Comics universe for this adaptation (and thus some of the sillier aspects of the series, which I was honestly never very keen on and am actually quite glad to see the back of) has worked to tighten up the story, and the new characters and situations created to fill the gaps these omissions left have all been worked into the story in a very well thought-out manner that works perfectly. And I didn't think it was possible: I didn't think they could find an actor to convincingly play Morpheus as I imagined him, but all credit to Tom Sturridge as he's only gone and bloody done it.

On the subject of casting, I can't deny being somewhat concerned when I became aware of the gender and race bending that had been done to certain characters prior to the show's release. The degrees of concern could be placed on a scale that started at 1 with Lucifer (a character who is portrayed as being seriously androgynous anyway) and went up to 10 with Death (a character who, like Dream, I have a very specific idea of in my mind, and any deviation from that worries me) with the rest somewhere in-between.

It was to my great delight, then, to find despite the casting choice the character hasn't changed at all, and while normally that very fact would itself bother me, because I think when you change a character's race (or gender) without taking into account the differences that would exist if they were of a different race (or gender) because, well, human society is a thing that exists and shapes people's experiences and characters accordingly. But for an anthropomorphic personification who isn't human anyway, that doesn't really matter. And it really doesn't matter, Kirby Howell-Baptiste did a fantastic job of depicting the character on screen just as she is on the page, and Vivienne Acheampong's Lucienne in fact proved to be a considerably more compelling character than the original. The only change that really ended up bothering me was the gender swapping of John Constantine, because I feel like he is a character a lot of people (myself included) would have loved to see finally done justice on screen, especially after the unfortunate Keanu Reeves movies and the underwhelming 2014 TV show. Changing John into Joanna just felt unnecessary and like a missed opportunity. It's not like there aren't plenty of strong female characters in Sandman already.

Regardless, I can accept the changes due to the fact it is Gaiman himself who has handled the adaptation. It's his story and they're his characters and if he wants to make alterations, I think that's his right. Though as far as I can see very few changes actually have been made, at least to the story. I was pleased to see a lot of incidental scenes and dialogue it would have been very easy to cut for modern sensibilities left intact. But perhaps I shouldn't have been surprised. Gaiman continues to be one of the few creative heroes who have never let me down, probably due in large part to the fact I'm entirely in alignment with his views as a genuine social libertarian who'll go to bat for the rights of marginalised people and for freedom of expression, even of the potentially offensive kind (a sadly rare combination these days). But while I try to stay away from the distracting, divisive culture wars as much as possible, I can't say I'm not licking my lips slightly in anticipation of the inevitable salt over all the queer and non-binary inclusion from people who never read the comics, because if they did they would realise those characters were all already there in the source material from 30 years ago.

The faithfulness to the source material and the fact Sandman on TV managed on multiple occasions to emotionally affect me in the same way reading the comics for the first time all those years ago did has taken me on a journey from terrified of it being made in the first place to terrified of it being cancelled before the entire story is told. And I'd consider changing this cynical old b*stard's mind a pretty major coup.

Two final (slight) criticisms: First off, Despair looks a bit too normal for my liking. Granted, they may not have wanted her to appear naked in the live action version but still, it would have been nice to have her look a little more distinctive, she is one of the Endless after all and Dream, Death and Desire have all kept their distinctive appearances. Secondly, close your goddamn mouth when you're not speaking, Tom. You're not Finn Wolfhard and shouldn't aspire to be. Morpheus, King of Dreams should not leave his mouth hanging open like a gormless teenager. And speaking of Stranger Things, that's next in my sights for this thread (at this point, you should imagine the sound of a shotgun being cocked).
Last edited: 7 August 2022

I've been really enjoying The Sandman as well and trying to stretch it out to bingeing over a week if possible heh. Good to read your thoughts as I was wondering what they would be on that @ayase, given that I myself can't compare with the source material as have never managed to get a start on the comic (probably the longest decades'-long dweller on my wishlist for lack of knowing where to start or source for that matter; and coincidentally, please help guide me as to where to start with the comic!!). Was very excited on hearing about an adaptation finally, then got worried that the casting would suck big time, then very pleasantly surprised that the lead is actually brilliant as Morpheus, and I can even forgive the pouty Gothy batman thing he does. I'm up to the hell episode (what a brilliant depiction but the way - the production is excellent and and the score fits perfectly), and I loved Dream's depiction even more after the final scene with Lucifer. Show of the year for me so far. 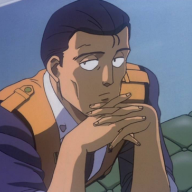 Geriatric hedgehog said:
(probably the longest decades'-long dweller on my wishlist for lack of knowing where to start or source for that matter; and coincidentally, please help guide me as to where to start with the comic!!).
Click to expand...

Sandman isn't like the typical US superhero comics that have a dozen continuities split across hundreds of mini-series. There's just the main 10-volume story and a few standalone spin-offs.

Dai said:
Sandman isn't like the typical US superhero comics that have a dozen continuities split across hundreds of mini-series. There's just the main 10-volume story and a few standalone spin-offs.
Click to expand...

Good to know, I wasn't sure at the time, but this is going back probably fifteen to twenty years when I was struggling to find a complete set or collection. Will start looking in earnest again since my interest has certainly been reignited.

Was wondering if any of the Sandman commenters here are familiar with or fans of Neil Gaiman's other works? I have listened to The Graveyard Book, Stardust (both read by Gaiman himself) and Anansi Boys (read by Lenny Henry) and thoroughly enjoyed all three I also have the American Gods and Good Omens unabridged audiobooks in digital format from Audible, but not listened to those two yet

Oh, also, I suppose perhaps it belongs in the other animation/cartoons thread, but I'm rewatching Batman: TAS atm on Blu-ray, and it's still a great show, holds up really well, I also recently traded in some stuff at CEX and got the Superman: TAS Blu-ray set so I'll be rewatching that too at some point. I have the older Teen Titans series (1-5 + Trouble in Tokyo) on Blu-ray as well and rewatched Seasons 1-3 not so long ago, really enjoyed them Geriatric hedgehog said:
Good to know, I wasn't sure at the time, but this is going back probably fifteen to twenty years when I was struggling to find a complete set or collection. Will start looking in earnest again since my interest has certainly been reignited.
Click to expand...

It's been re-released twice in recent years so it is not difficult at all to come across those now.

RadFemHedonist said:
Was wondering if any of the Sandman commenters here are familiar with or fans of Neil Gaiman's other works? I have listened to The Graveyard Book, Stardust (both read by Gaiman himself) and Anansi Boys (read by Lenny Henry) and thoroughly enjoyed all three I also have the American Gods and Good Omens unabridged audiobooks in digital format from Audible, but not listened to those two yet
Click to expand...

The ones you stated are the core collection so you can go anywhere from there really.

I absolutely recommend Coraline. One of the best children's books ever and one of my personal favourites too.

really starting to get annoyed that BBC got the rights to Superman & Lois, saw a HMV email before advertising a bunch of DC shows and even season 2 is getting only a DVD release, it's a pain to import these things cause i like gettitng the slipbox in perfect condition and they always seem to get banged corners
Share:
Facebook Twitter Reddit Pinterest Tumblr WhatsApp Email Share Link
Top