Games you keep on replaying but never actual finish?

As anyone ever kept on restarting playing a certain game but each time never actually finishing it?

I seem to keep on doing this with PC RPG Anachronox, I get so far, forget about the game, have some problem with the PC and lose my saves and have to restart from scratch.
N

Anything with Elder Scrolls in the title!
M

The longest one was Landstalker on the megadriver - got it in 1994 IIRC, when I was 10 years old. Finally completed two years ago (2008) I played it so many times it was insane, but I finally stuck through it then. Brilliant game, probably my second fave RPG of all time (after Ocarina of Time, which is my favorite game full stop)
R

Necromancer said:
Anything with Elder Scrolls in the title!
Click to expand...

This ^ and Fallout 3 aswell.
M

oh and the first Soul Reaver as well, can beat Kain the first time round but never actually get to Zephom (if that's his name, can't remember)
K

Embarassingly it took me about five goes to finally finish Final Fantasy VII. I bought it on launch day for PSone and finished it years later on PS2. : (

I got all the way to the final Sephiroth battle without figuring out what the 'ALL' materia did.

Had this problem with the SNES era Final Fantasies, but finally finished 4 and 6 this year. 5 though, I believe I've started four times (twice PC emulated, twice PS1) and I've yet to get further than the start of the third world (the job system is enough to make me start this game with fond memories, and then I just grey out going through the nowhere plot).

Similar story for the Thief games, though I polished off the first two lsdy year. Played the tutorial mission of the third many, many times.
M

The Legend of Zelda: Link's Awakening.

I finished it years ago but a few years later I always started it, finished up to the second dungeon and never carried on. This happened something like ten times.

I've tried to play FF IV on the ds twice but for some reason I never feel like finishing it.

AUKN Staff
Games like that tend to be on the SNES... and are bloody hard (as in throw your controller across the room hard)...

Blazing Skies – I hate the tragedy of seeing an empty barracks-room and all those graves but I go back for more.

Donkey Kong Country 3 - Those blasted hedgehog/porcupines that hang around at the edges of vast precipices which require timed jumps.

Starfox - That huge face at the end always sends one sodding block when I've finished doing a barrel roll.

Super Metroid – This game used to creep me out.

Parodius - No need to finish this game, it's too cute.

Psychonauts - Great game but I haven't got enough time to string together two hours dedicated play so I just wander around.

I've played the first few hours of Tales of Symphonia several times but I just can't bring myself to play far. No idea why since it's a good game.
R

Final Fantasy 7 - I keep playing it every few months then get bored of it.

Chibi-Robo! - Brilliant, brilliant game. I have NO idea why I stop playing it sometimes.

Diablo 2 - I get so far in with my HC characters then end up dying. Also I get quite far in then decide I want to try a different class

Fallout Tactics - I get to the robot levels then decide to start again, I have no idea why

Fallout 3 - same as Fallout Tactics and Diablo 2. I get very far in then decide to start again

Super Metroid when I was like 10, I used to **** myself over Ridley and after that when on Zebes I got stuck. Currently trying to redeem Wii Points with Club Nintendo but I think they mugged me off on my stars as I currently have 0 Points and it's been two days.
R

Morrowind(PC) it's so long you forget stuff if you leave for a while,
Astro boy Omega factor (GBA), be it on max difficulty, one bosses was causing me serious trouble: by the time I'd learned enough of the fight my fingers had litteraly blisterd so had to stop for a few weeks then needed to relearn *sigh*
Insert list of STGs here: whenever I get realy stuck I switch to another one, so I get rusty. Esp. Subterranean Animism, oh god how I hate Orin (like every other touhou player)
C

Something like that happened with Etrian Odyssey, but apart from that, I always like to finish them at least once. I guess the only one I can't finish but return to is Legend of Dragoon occasionally.
B

cercia said:
I guess the only one I can't finish but return to is Legend of Dragoon occasionally.
Click to expand...

I'm jealous...I always wanted that game. Games that i have but keep starting over...FF 9, FF 1,2,7 i guess i can just say all FF games here and get it over and done with. Also Persona 4 but that's not my fault (really it isn't!). I also keep returning to the first disc of Panzer Dragoon Saga, shame i only have the first disc . That game is my holy grail...
C

Now I'm jealous! I want to get Panzer Dragoon Saga.

Haha, did you get the disc free on the front of the official Saturn magazine by any chance, BW?

It was all good until i got to the part where you drive round on a timer, shutting down the camera's in italy.... this was in a time where the internet wasn't as fruitful as it is now and finding a guide for ps1 games is next to non existant. So i gave up, never played it since.

The amount of times i've installed this, played 40 something hours. Got myself pretty far down all the levels and had awesome armour and weapons.....then out of nowhere i'll lose interest and leave the game for years, only to pick it up again.....and realise my save has either corrupted or has somehow dissappeared. Dunno if i'll bother with it ever again. 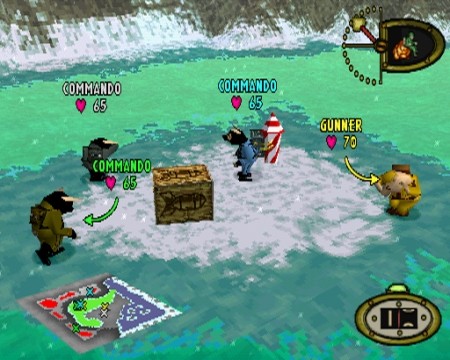 This game is one of my favourite games of all time. Not for the graphics, not for the "storyline" but for the epic lulz. The thought of pigs using bazooka's, tanks, airstrikes and pimp slapping another pig to its death is nothing short of genius. Sadly the isle of swill, the last level of the game. is pretty much impossible. every pig is a comando and have a vast array of firepower at their disposal.

Golden sun on the GBA, 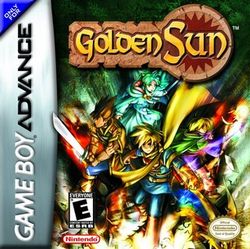 Simply put....i don't really like rpg's like this, i'm not a huge fan of games like FF, its just dull to me. SO i got halfway through the game before leaving it alone....haven't played it since. 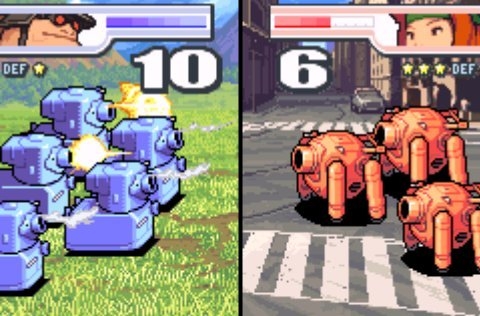