Shadow Cat said:
Does anyone else find it funny the whole [Jerome starting Animatsu] thing was becuase Starz / USA Companies were interfering with Manga UK

Only to then sell the company to a USA company....
Click to expand...

I didn't know this, but this sounds like an interesting story. So what were Starz doing to Manga UK?

massive quality problems if you look at the GITS US release


that being said the manga/funi titles still going to appear on the anime online/ MVM store ?

Vincentdante said:
I didn't know this, but this sounds like an interesting story. So what were Starz doing to Manga UK?
Click to expand...

There is the ANN Answer Man article 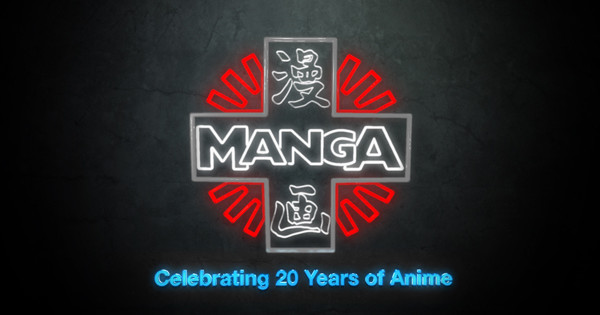 As it turns out, a whole lot is happening with Manga UK; Justin gets the inside information from Animatsu Ltd. CEO Jerome Mazandarani in this exclusive report.

Shadow Cat said:
There is the ANN Answer Man article

As it turns out, a whole lot is happening with Manga UK; Justin gets the inside information from Animatsu Ltd. CEO Jerome Mazandarani in this exclusive report.

Man reading that really does point out the irony of the whole Funi deal.

I wi be sad to see the Manga name go it was always recognisable and was a starting point for many getting into anime. It was inevitable it would eventually get rebounded. Consolidation seems popular in games anime and other media at the moment.

This is the week of the merge, since we already have a Funimation UK thread it's time to get in the final posts.

So long Manga. You used to have pretty sweet DVD deals for my university student days when I got a whole season of Naruto for £20. But then you did things like drop Blue Dragon halfway through me trying to collect it which was a factor in convincing me not to buy any more anime for nearly a decade. It's finally time at last.

Manga you may not be my favourite distributor due to your shounen favouritism, but I did like a lot of your releases.

Your release of Ouran despite it being OOP/flawed has brought me to the anime DVD-Blu-Ray collecting.

Hopefully by being on Funimation wing you will start to do more varied releases as well releasing shows that fans have been requesting for years, but ignored.

So long MangaUK it has been fun.

AUKN Staff
Manga Entertainment was the first distributor that got me into anime. Back in 2012 I managed to get my hands on Akira, Death Note, Fullmetal Alchemist: Brotherhood, and Ghost in the Shell as my first anime DVDs, before jumping to the Blu-ray format with Fullmetal Alchemist: Brotherhood OVA collection and Ninja Scroll's steelbook. While I have disagreed with many of their decision making over the years, I know for a fact that the staff behind the scenes are all passionate for anime and want to do their best to get these series out there in the UK.

The issue with Manga is that their decisions have caused so much damage that it has scarred their reputation over the years and I feel that has shown numerous times. I appreciate that they were able to offer a solid release with Ghost in the Shell: Stand Alone Complex and titles that were part of the Funimation backlog in recent memory, but let's not forget that Manga's handling of the UK market has always been very rocky.

Will I miss the name 'Manga Entertainment'? I will. They're flawed but they were able to offer reasonably priced releases on many titles and were dedicated enough to complete the shonen catalogue for Dragon Ball and Naruto fans. When they try to offer collector's editions, it was executed very well for specific releases especially for the Dragon Ball series, which was nicely handled, and their recent CLANNAD set does look pretty impressive for a UK-only LE. Funimation acquiring the distributor I feel has helped their catalogue, especially on the streaming side which is a big plus on my books because that's provided more titles available for the first time in UK streaming (Index & Railgun for instance).

Saying that, do I think they have improved from what they were from previous years? It's definitely a mixture of both yes and no. Their collector's idea has definitely gotten better, and they have been pushing for more Blu-rays than DVDs which is very good. The issue is the execution - does the discs hold-up? is the quality control acceptable? are the prices justifying the overall package? was the title selection varied enough to appeal to different UK fans? I think these are questions that are worth testing for 'Funimation UK' from here on. Funimation UK has to step up their game on the new licenses and catalogue selection and handling of physical releases from here on because otherwise we're back to square one.

RIP Manga Entertainment, your brand was super flawed but when you did good it was done well. For better or worse, the name Manga Entertainment will slowly disappear but it's something I'll always remember as a cornerstone of the UK anime market. The introductory brand that brings/brought the popular series that act as a gateway to the world of anime, their releases formed the base of my collection back when I was just getting into the medium and collecting stuff. While flawed, their releases of Akira, Ghost in the Shell and the Evangelion rebuild movies showed me a wider world of anime that led me to many places and to many brands that also distribute anime with a much wider selection. It was a bittersweet relationship over the last couple of years, with the number of titles I bought from them steadily dwindling but every so often they'd announce something that I would get really excited for, Hunter x Hunter, Human Lost, Clannad and the uncut Wicked City/Demon City (even with it's issues, like failing to acquire the rights to release their own dub), reinvigorated the brand for me but ultimately it was short lived and things were still plagued with issues. You were the House of the Rising Shounen, that's been the ruin of many a poor fan just starting out but you were a bedrock that formed a foundation for anime in the UK.

The thread may be staying but it's sad to say goodbye to a name so synonymous with anime in the UK. You may not have been perfect but when you did something good, you did amazing. Hopefully this sacrifice of brand recognition can lead to more consistency and variety in the future under Funimation. RIP Manga Entertainment, 1987-2021. Your tombstone shall read "I didn't recognise a goddamn vampire that jumped up and bit me on the end of my f***ing dick." With me being fairly new to the UK anime release scene - I've only been importing them for about 3 years - Manga is by far the sparsest distributor of the bunch. I guess they just didn't have a lot of titles I cared for, especially with them being so heavy on shonen titles. Out of about 100 UK releases in my collection, only 6 of those are from Manga. I've got Ghost in the Shell, Wicked City/Demon City, In this Corner of the World, and a few steelcases of theirs, Bayonetta, Harlock, and Ninja Scroll. There is very little nostalgia for me with that company, so I guess I won't really miss them too much, sorry to say.
Last edited: 19 April 2021

These 4 are MVM titles.

Ha! I was looking at the wrong logos on the boxes, I can't see a dang thing with my cataracts right now. Even reading subtitles on a 120" projection screen has become a major chore. My surgeries to get them removed are in just two and three weeks from today, so soon I'll be able to see my anime clearly again for the first time in about 2 years!

Girls wIth Guns said:
Ha! I was looking at the wrong logos on the boxes, I can't see a dang thing with my cataracts right now. Even reading subtitles on a 120" projection screen has become a major chore. My surgeries to get them removed are in just two and three weeks from today, so soon I'll be able to see my anime clearly again for the first time in about 2 years!
Click to expand...

Hoping the best for your surgery and a speedy recovery!

Girls wIth Guns said:
Ha! I was looking at the wrong logos on the boxes, I can't see a dang thing with my cataracts right now. Even reading subtitles on a 120" projection screen has become a major chore. My surgeries to get them removed are in just two and three weeks from today, so soon I'll be able to see my anime clearly again for the first time in about 2 years!
Click to expand... So long, Manga Entertainment. Many memories associated with the brand and it'll be sad to see them go.. Another from the days of VHS, I remember the classics (and not so classics) the forgotten (Blue Sonnet) and the strange (Urotsukidoji release that was messed up)
Manga have done it all, from good, bad and ugly releases over their tenure in the industry, including the "Mangle" era where they dumped releases and released a complete box instead (Heat Guy J) To the non complete BD releases of Cashern sins and others.
They have been a mainstay and a revolution in equal measure, more like a roller coaster with no brake at times but they have remained, while others have dwindled or disappeared (ADV, Beez etc)
It is a sad day to say goodbye to a legend but to expect things to remain the same forever is lunacy and also impossible.
So a fond farewell to Manga entertainment as a brand and a welcome to the new era of Funimation taking the reins.

AUKN Staff
It seems CLANNAD is now available to ship out for those who ordered via Amazon, so I would like to ask anyone who has ordered the UK Blu-ray release to check something.

I don't know how it's been authored so assuming it's based on an existing Sentai master, I would like to know the disc credits and a few other details. 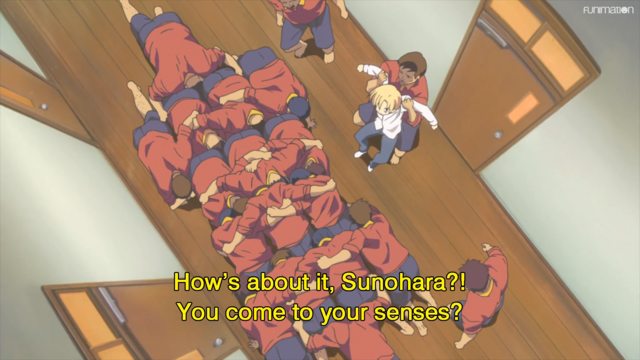 I own the 2011 Sentai release so I know how I can identify that version (large yellow subtitles, disc credits located in the first disc for each season in the menu), but because of how it's been presented on the Funimation streaming service (as shown above) I held off on the UK Blu-ray release for this reason.

The 2017 Sentai release adjusts the menu so that the bonus features and disc credits are relocated to other parts of the discs. Bonus features for Season 1 is now on Disc 3 rather than Disc 1, whereas the disc credits are not on the menus but will still be present at the end of each episode. If Manga's release is similar in this fashion, then that's good, but if its the former mentioned in the previous paragraph then that'll make or break my decision on this set. If Manga somehow decided to author it all by scratch that's a whole another level of curiosity.

A friendly reminder for PS users (First time subscribers only)

Enjoy an extended free trial as a new subscriber to the anime streaming service on PS4™ and PS5™.

Catch up on your favourite anime series including My Hero Academia, Naruto, Attack on Titan and Fairy Tail, all on Funimation. Enjoy a huge library of subs and dubs ad-free with an extended trial for new users, available from 26 March 3am GMT – 23 April 07:59am BST. 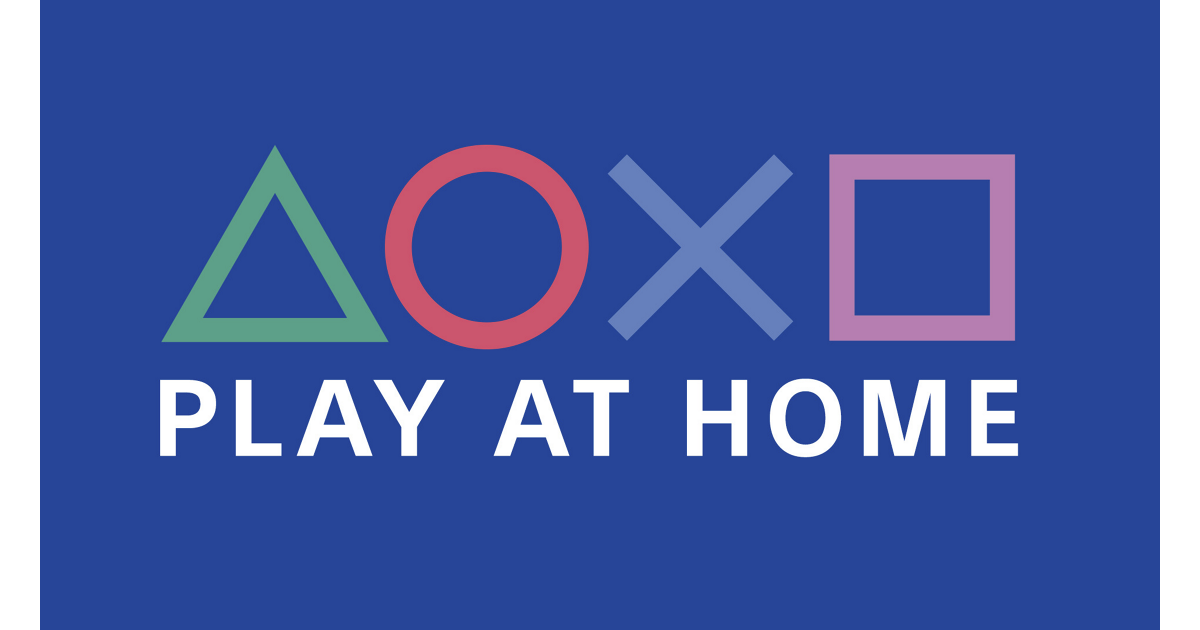 As people around the world continue to stay at home to keep each other safe, Play at Home returns with a free selection of games and more over the coming months. 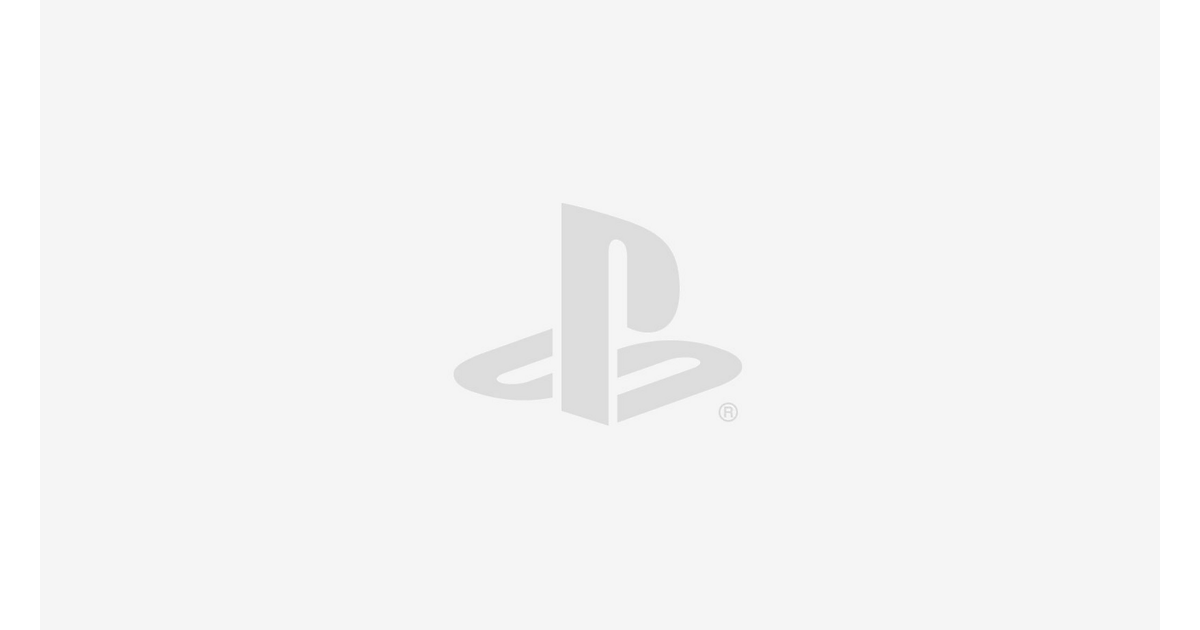