Okay, so follow me on this one: Boruto – Naruto the Movie was created by original Naruto author Masashi Kishimoto and follows the son of Naruto, Boruto, many years after the original series ended. The manga, Boruto: Naruto Next Generations, adapts this film as its first story arc, where as the anime of the same name that’s currently airing will adapt the manga’s adaptation of this film at a later date, but is currently doing an anime original arc set before it. So this film came first, has been adapted into a manga, which then in turn will be adapted into an anime arc later. Okay? Good. After all that, is it worth watching? Read on!

Boruto the movie skims past a lot of extra characters (something the anime’s longer storytelling is correcting) but basically by a massive coincidence, all of Naruto and his pals from ninja school at the start of the Naruto series all had children within the same calendar year, and so Boruto is followed around by new child-like versions of the previous series’ main cast, with one or two differences. Naruto has become Hokage as he always proclaimed he would, and everyone else has settled into the teacher and admin roles we saw the other adults handle in the last series. The setting is probably the biggest change, as Konoha, and presumably the rest of the ninja world, has gone all modern in the long-lasting peace that has been achieved, leading to big electronic TV screens all over the place, Boruto and his friends playing handheld game consoles and generally everything reflecting modern life, with the exception of ninja-related things, obviously. 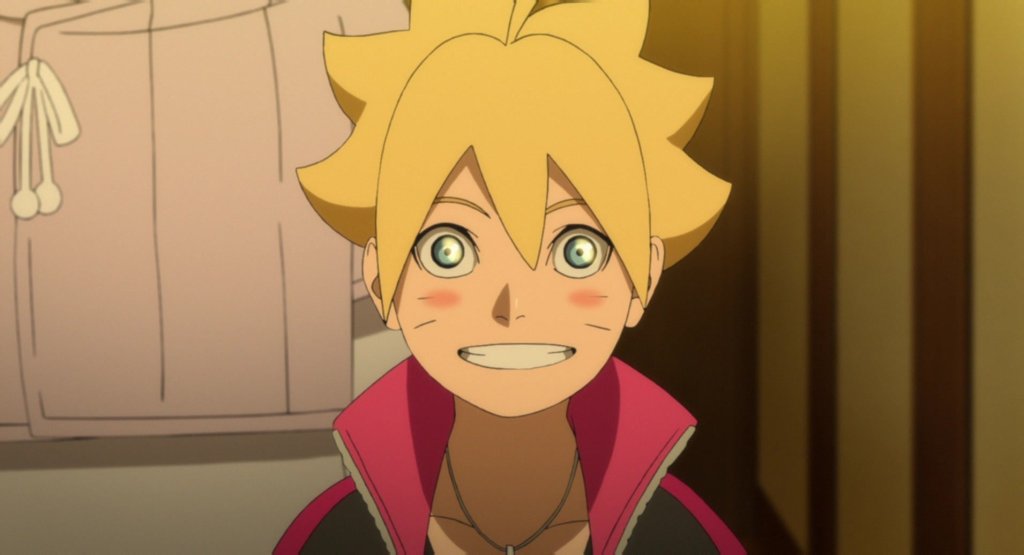 Boruto himself is not initially likable. He is very negative towards his Dad for not being around, not really understanding the importance and workload of being a leader of a ninja village, and is prone to cheating rather than working hard, the exact opposite of his Dad when he was the same age. Now, you won’t be surprised that this is set up to end in a “cheaters never prosper” message, but that does mean for a good chunk of the film you do want to smack Boruto across the back of the head, given you the viewer (most likely) know what Naruto went through having no parents, so to see his son act like a brat is mildly annoying.

In Boruto’s team is Sarada, the daughter of Sakura and Sasuke, a stern fighter with her eye on the Hokage position, and Mitsuki, who has a mysterious past that’s not hard to guess, but I’ll leave it be (it’s revealed in the post-credits scene, if you don’t figure it out!) and is otherwise calm and collected at all times. Their Kakashi equivalent is Konohamaru, the little kid who used to follow Naruto around all the time, which is a nice reminder as to how far ahead the story is from the beginning, seeing him be a adult teacher. Other kids around him are Shikadai, who is just like his father Shikamaru, complete with shadow-based attacks, and Himawari, Boruto’s younger sister (who bears a far closer resemblance to her mother Hinata than her father!). Naruto and Sasuke also have large roles to play in the story, unsurprisingly.

There definitely is a problem in that I was often more interested in seeing what the old characters are up to now, rather than watching their mini-mes running around, but that’s to be expected when there is no time to build up the new characters. 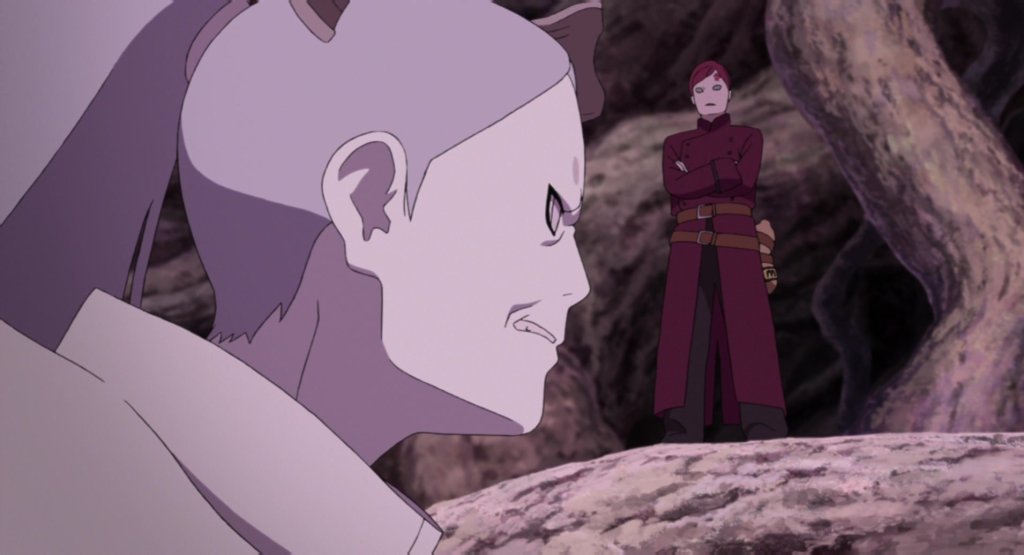 A good hour-ish of the runtime is based around setting the scene and establishing the relationship (or lack thereof) between Boruto and Naruto, and, as I mentioned before, this is annoying at first, but it does become quite endearing when the two finally start to bond. There is a big bad villain, as you’d expect from a shonen movie, and it comes in the form of Momoshiki Otsutsuki, a member of the same extraterrestrial race that Kaguya, the final big bad of the Naruto series, comes from. Bit of a cop-out, but then when you’ve made Naruto and Sasuke so powerful, it’s hard to come up with something that would give either one any trouble.

The last 30 or so minutes of the film do really pick up the pace, and while Momoshiki is as plain and non-developed as anime exclusive villains can get, the final battle with him is once again beautifully and fluidly animated through out, and an exciting watch. I’ll also tip my hat to the background music by Yasuharu Takanashi, which manages to create new music and remix classic tunes from the original TV series that evoke the right balance of nostalgia and generally fitting the scene. The extras are trailers and a 10 minute short called “The Day Naruto became Hokage”, though the short is only available in English dub, which is annoying, given that everything else Naruto-related has always been dual audio, but there you go. 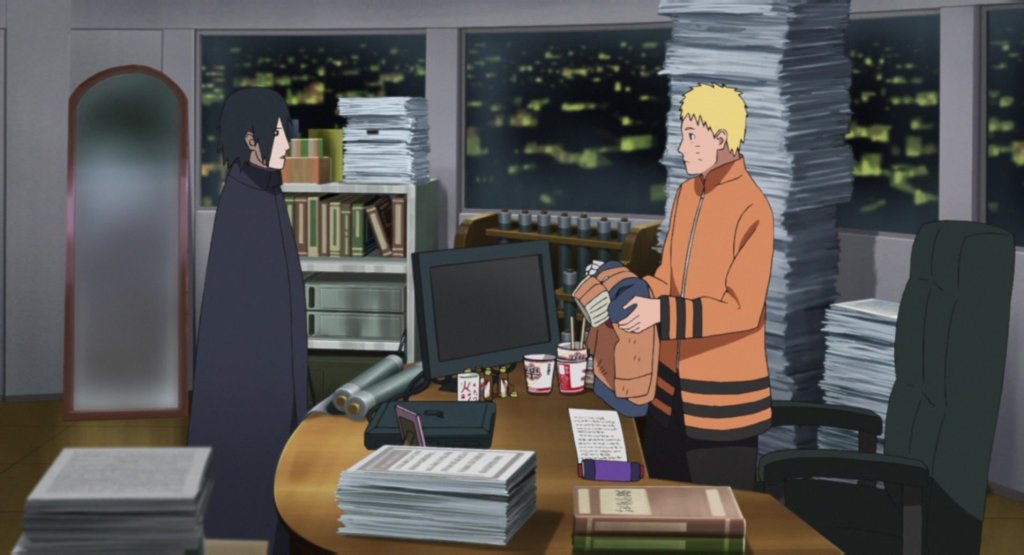 So, Boruto – Naruto the Movie, is a fun watch that develops the Naruto family and their complex relationships well, but does so at the expense of the rest of the new and old cast. This is fine as it’s only 90-odd minutes, but I think this is going to be a bit irrelevant when the anime series comes to adapt it. There are training scenes and character development that is just skimmed over here, and will obviously have greater meaning in the later adaptation. If you see this as a 90 minute preview of a future arc of the TV series, then you’ll enjoy it. I’m sure the actual TV series fights will have less budget, so it’ll probably be worth keeping even after the Boruto series catches up (this is the case with the Dragon Ball Super adaptations of the two most recent Z films…) Either way, it’s a nice way to spend an hour and half; if you’re a fan of the Naruto series as a whole, you’ll definitely enjoy the ride.