“Uh-oh, a fighting game adaptation!?” I hear you cry? Yep! It’s a valid worry (although I’ll always stick up for the Street Fighter II “animated movie”) as the track record isn’t good, be it anime or live action. Most of the time this is due to the fact that the source material is often light, the normal idea of a fighting game is “tournament is happening, these people arrive at the tournament, your selected character wins and you see an ending tailored to them.”, which does make it hard to use as the base of a well-structured story. If you’re thinking that’s what BlazBlue must be like, then you’ve never played BlazBlue! The game series has always had a story mode, and the story mode was always 90% visual novel, 10% actually fighting, and I’m not even exaggerating. All the other modes in the game are obviously focused on the gameplay, but the story is text and dialogue heavy, so it should make for a better anime adaptation, right? 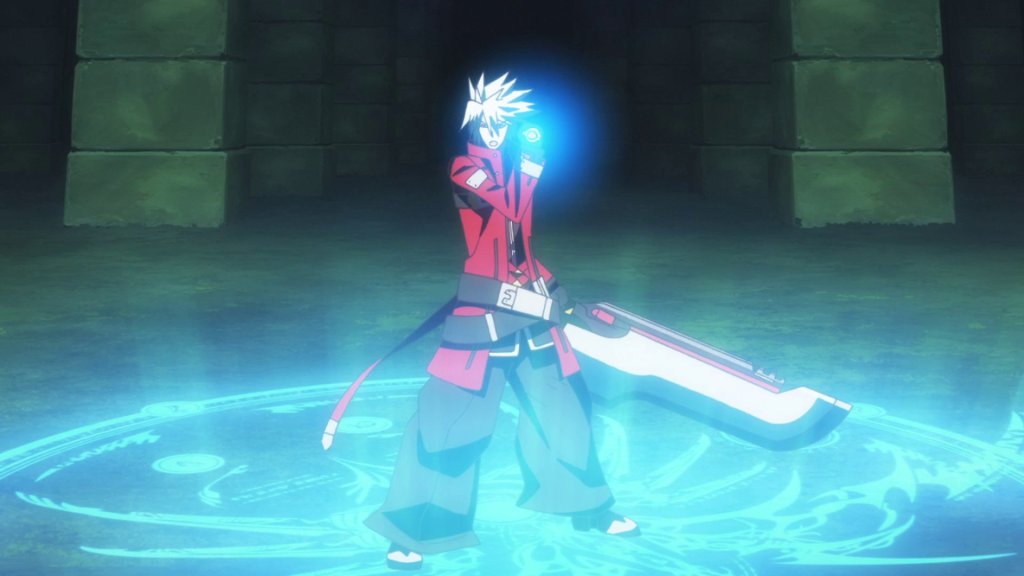 We’ll get to that, let’s start with the usual info and story stuff first. BlazBlue: Alter Memory is actually adapts the first two games in the series, Calamity Trigger and Continuum Shift, although it focuses on the main story surrounding lead character Ragna The Bloodedge and his relatives and enemies, rather than adapting everything. Ragna had a troubled past; as a child his brother seemingly betrayed him, cut his arm off and went away with a creepy green-haired guy with their sister in tow. He was saved by a mysterious blonde-haired girl, and gained a powerful “Azure Grimoire” as a new arm. If you’re already confused, then welcome to BlazBlue! It would literally take me multiple paragraphs just to recap Ragna’s story leading to Episode 1 (which is mostly revealed in flashbacks throughout the first three or four episodes) but let’s just say he was trained by a super-powerful cat-person and now has a large sword to swing around.

Ragna is a wanted criminal, his bounty being so high it attracts people from all over whenever rumour spreads of his arrival somewhere. This was a good excuse to have several playable fighters in one location for the first game, and is still a good excuse to have several of those characters to appear here and fight Ragna or each other. The story eventually leads to a rather complex tale of Gods, demi-Gods, time loops, Ragna’s evil brother and a bunch of clones of Ragna’s sister… in the first episode. As the story progresses you get more information on this, slowly but surely, but I do wonder if someone who has no familiarity with the games will be able to make sense of what’s going on… At least there are some fun and well-animated fight scenes though! 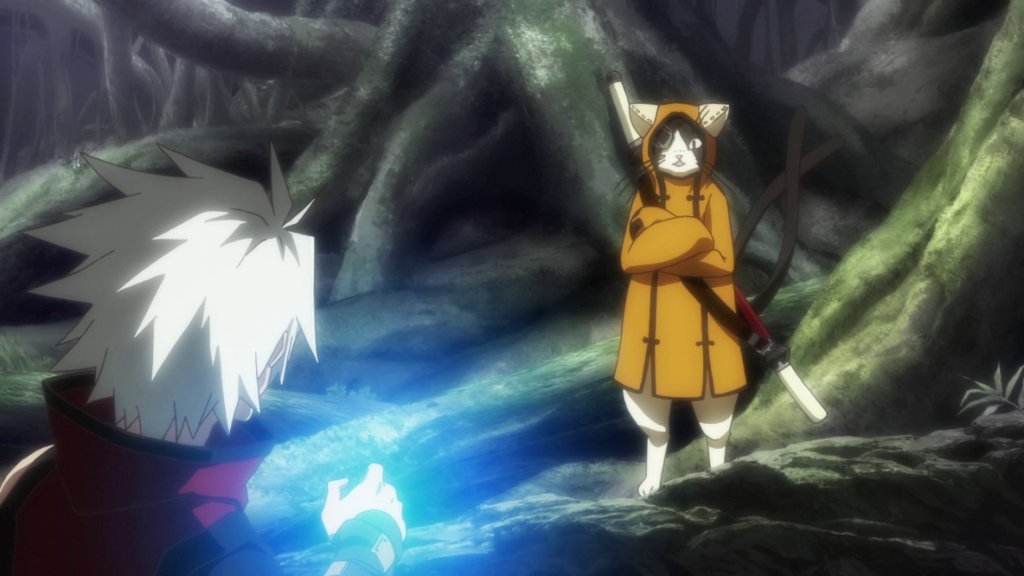 Seriously, as a fan of the BlazBlue series you’ll probably be annoyed at just how much was cut and how simplified a lot of the characters are, but if you expected two games’ worth of short novels for each playable character to be fully adapted in 12 episodes then you set your expectations WAY too high. Similarly, if you haven’t had any exposure to the game series you’ll probably feel lost in the early episodes, and even by the end you’re left scratching your head (a 10+ minute info-dump by the lead villain in Episode 11 was awkward as hell given he was in the middle of a battle…) So this adaptation is kind of a lose-lose situation, which is a shame because it’s actually not that bad of an effort, given this had the reverse problem of too much story rather than too little. I took it as a fun recap of the major events surrounding Ragna in the first two games, but people who can look at the series that way are a small group of customers…

Another thing this anime does right is that it uses the game soundtrack (which if you’re familiar with Arc System Works and their fighting games, you’ll know is mostly catchy rock tracks) and most, if not all, of the voice cast from the games, in both languages. The opening is “BLUE BLAZE” by Faylan, whereas the ending is “REINCARNATION BLUE” by Aira Yuuki (which might have my favourite ever bad English lyrics of “Just show me blaze your mind, Only you destroy our world, Just show me blaze your brave, Make alter our memories, Go for it!” which is not only a grammar nightmare, but it’s clearly someone who heard the title of the anime and just wrote something with some of the words vaguely in it! Made me smile every time…) Episode 12 has “synonym” by opening theme creators Faylan as an ending instead, playing over animated scenes rather than an actual ending sequence. The extras are the usual clean opening, ending and trailers. 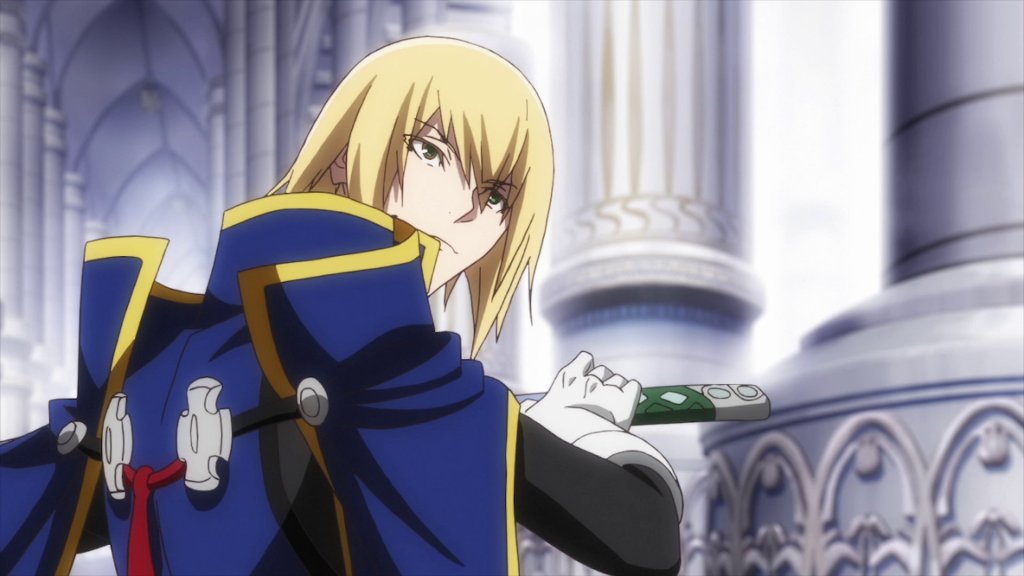 So, how do I recommend BlazBlue Alter Memory? It is technically one of the better game adaptations out there, it sticks to the main part of the source material well and uses assets from the game itself to give it that more authentic feeling, but BlazBlue itself is such a hard franchise to approach, even when approaching it from the start! If you like the series, then put down your BlazBlue encyclopaedia and just have fun watching some scenes and fights from the first two games unfold, it’s fun this way, but if you really hate the liberties it had to take to cut it down, then avoid it. If you have no exposure to the game series but like some well-animated fights from typically “cool” looking Arc System Works character designs then go for it, you might even pick the story up as it goes along!