I don't know if anyone has posted about this, so I thought I'd drop a link!

Will anyone here play if they do make an MMO?

Moderator
It's only really regaining their rights to make the MMO, however i guess something could come of it. I doubt i'd play it though. Bethesda always strike me as someone who'd be better suited for the single player RPG experience. Mind you i say that, the same could have been said about Bioware, and The Old Republic is doing hella well, albeit it is a WoW clone, no matter how you look at it.

Bethesda would have to kind of make it's system work for an MMO environment, and that's the challenge i see may hold them back. Probably why the handed it over to INterplay in the first place, but that obviously didn't match up to much. I wonder if they will try again with the letting of the franchise name to someone with MMO experience.

Also, it should be noted. In the copy of the notice for this released by Bethesda, they did also state that Fallout: New Vegas would be getting an Ultimate Edition early this year.

If I was going to play an MMO, this would certainly be a strong contender. I love Bethesda's revamped Fallout series like few other games. Can't wait to see F4.
J

I think I would at least try it to see what it's like, as I like the fallout games. But lets hope it's more stable than their other releases as they're not known for the most reliable games, in terms of crashing and bugs.

MMOs = the most buggy.

It would be like a scene out of Starship Troopers.
L

If it's an MMOFPS then I'll be interested, otherwise, just bring on Fallout 4. 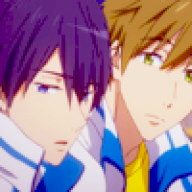 If they did a console version i'd probably play it. I don't have the cash to buy a decent gaming pc. I'd much prefer Fallout 4 though.
K

I hope that Fallout 4 is as good as the others, if not even better again. But Bethesda are so notorious for gliches and bugs in their games, even Skyrim has it's fair share of them. I'm also only a console gamer but it's easier to mod things on the PC version I believe.
Share:
Facebook Twitter Reddit Pinterest Tumblr WhatsApp Email Share Link
Top