Administrator
Since no winner was decided for the Sousuke vs Kino match, they're both joining Roy together this week. Who will break the deadlock? Only one of these contenders will be going on to face Edward Elric in the finals.

Voting period: From now until 23:59 on Sunday 6th December. Votes posted after this time will not be counted.

He's not a nerd, he's a specialist! The one-man army and ace mecha pilot who causes havoc trying to be a high-school student and bodyguard. Sousuke is the main character of the series, pilot of the Armed Slave ARX-7 Arbalest, and bodyguard to Kaname Chidori... whenever he isn't getting beaten to a pulp by her instead.

Determined to see all she can of the world, not form attachments and largely content to let people be, Kino has a true traveller's soul and understands so much because well, she sees so much.

Administrator
I'll start the ball rolling: I choose Kino. She's had a great run and as much as I love Roy I'm going to resist the FMA fever this time

So hard to choose...but i choose Roy Mustang in the end.

I vote for Roy.

I've got to go for Roy Mustang.

My vote goes to the Flame Alchemist, Roy Mustang!

Go Roy, go! As awesome as it would be to see Kino in the final, I have to vote for Roy so we can have that Roy vs Ed finale.

I think we all know where I stand by now. 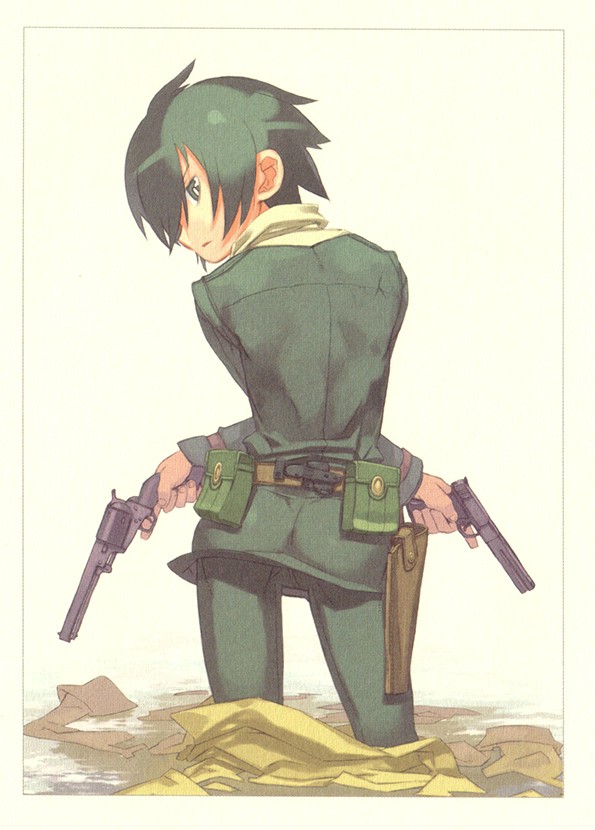 Tough one between Roy and Sousuke, but I'm going for Sousuke!

The Kino no Tabi simulwatch was clearly too long ago.

I vote for Kino

I vote for Kino.

I feel kind of bad for doubting that Kino would get this far, although I'll probably feel worse if she doesn't get any further at this point. I'd strongly recommend Kino's Journey to anyone that hasn't seen it... Maybe go watch it now so you can vote accordingly, even.


Rui said:
I'll start the ball rolling: I choose Kino. She's had a great run and as much as I love Roy I'm going to resist the FMA fever this time

Wait, whose side am I on?

Wait, whose side am I on?
Click to expand...

Maybe the loser can don a miniskirt too. Though if I'm honest, I'm more of a Greed person.