I think AL are all right. Delays are part of their DNA.

My observation is that they're wildly optimistic with release dates. CCS, for example, was announced in December for release in... January/February? Call my cynical (go on, I dare you) but they must have known that wasn't going to happen. I guess "it's coming next month" is more likely to get people opening their wallets than "it's coming late May, maybe". Happened many times with many early birds.

And they're usually worth the wait. Got Black Lagoon and Josee from UP last week and they're both outstanding releases. I just wish they'd give us realistic dates.

EmanonMidori said:
Why is there no shounen out there that's even half as good as ATLA?
Click to expand...

I'd say Fullmetal Alchemist is (personally I loved both anime of that), and while I haven't seen all of Hunter X Hunter (2011) I'd rate what I have seen of that very highly too (will be able to give a more informed opinion soon as I'm planning to buy and watch the whole thing). But you make a valid point generally (I assume you're referring to Avatar: The Last Airbender, which yes I agree is a great series). I think a lot of popular shonen do have something of value to offer, and I appreciate a bit of levity so I'm not necessarily put off by humor, sometimes it's just a case of adaptations ruined by filler tbf. I liked Naruto a lot from what I saw it's just sad it goes off the rails with filler and stuff eventually.


ID5 said:
Heard the shows name a lot but haven't seen it yet, what kind of show is it?

Yeah I hope so, it did occur to me that there might be and that would prob be pretty awesome... tbh I haven't seen the show but I quite enjoy shonen series sometimes so I at least wanted to try it and the OST convinced me to buy the CE Haven't bought masses lately so I can afford it Having some shocking luck lately, ordered Gotham season 1 to replace the case on my fmp IV that arrived cracked and this case is cracked even worse, are viva elite cases a mistake? All The Anime doing a Easter Sale from 11th April to 19th April. Looking forward to seeing some good stuff in it.
Last edited: 25 March 2022
A

I almost want to guess with Promare Steelbook being in the current Zavvi sale AllTheAnime might throw that in the sale, but will have to wait and see what they choose to put up.
Last edited: 25 March 2022 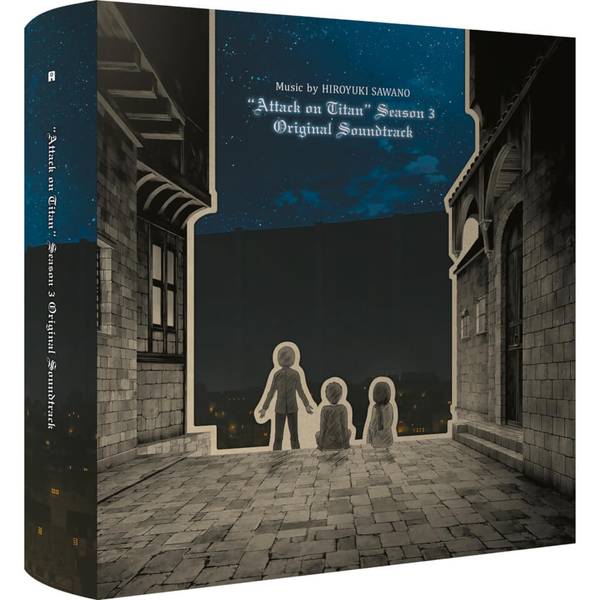 I'm guessing they'll probably do some cheap £4.99-£9.99 Blu Rays inc older collectors editions along with some half priced more recent releases. Thats usually their thing for sales right? Hopefully a new license or two sprinkled in for pre order.

They save those kind of price drops for Christmas, I expect they'll be more circumspect for Easter.
S

AL's March Early Bird offers had nothing for me so I hope April or May has more to offer to me. My latest order from them was Kakegurui in December 2021 and that was the only thing I ordered during 12 Days of Christmas. Not sure if I am too picky or my interest are too niche.
Last edited: 30 March 2022
S

Suzu said:
AL's March Early Bird offers had nothing for me so I hope April or May has more to offer to me. My latest order from them was Kakegurui in December 2021 and that was the only thing I ordered during 12 Days of Christmas. Not sure if I am too picky or my interest are too niche.
Click to expand...

Lmao, never mind, I just checked AL's new April pre-orders and there's absolutely nothing for me.

I'll be very surprised if it's not Belle this time.
A

Nice to be optimistic AL want to make me broke, I was planning to order Jujutsu Kaisen this week and now we have Lupin Part 5 tomorrow and possibly Belle at the end of April.

I am very tempted to double-dip on Arslan as well but I can wait on that.
S

Buzzkillington said:
I'll be very surprised if it's not Belle this time.
Click to expand...

Ugh, so it will be another let down for me since I did not like Belle.

"Massive" and "music to your ears" - are those wink winks about what the release is or would I be reading too much into it?

Is Arlan interesting and/or finished? So no Gundam early birds for April? sigh