The fact the two amazon shows I thought never would get licensed have gives me hope for stuff like Banana Fish. But yeah it had to be discotek no one else is interested in only physical

I'm very surprised that Space Adventure Cobra the Movie is (at least believed to be) popular enough for a UHD release. Nothing from that batch for me. I was hoping for a Toei Doga or a Takahata or Zambot 3 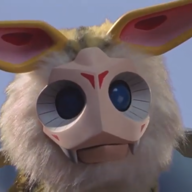 First time Discotek would release anything that requires the subtitles to be locked. In this case, The Great Passage and Battery.

thedoctor2016 said:
The fact the two amazon shows I thought never would get licensed have gives me hope for stuff like Banana Fish. But yeah it had to be discotek no one else is interested in only physical
Click to expand...

I'm guessing if Banana Fish was to be released, it would probably be released by Aniplex of America, but I could be completely wrong.

I liked the Discotek Panel this year but I have to admit I wasn't as blown away as I hoped. I have a bias towards retro releases from Discotek and the only new one of those we got was 'Cleopatra' which is neat but for me personally not the most exciting title (it also already has a UK release). I guess 'NG Knights Lamune' is also a new announcement though it got revealed earlier. Also the 'City Hunter' franchise get is a huge undertaking that I can't ignore even if it's only a rescue in truth and was a known quantity going in.

I'm excited for the 'Thermae Romae' dub, looks like alot of fun and the BD upgrade with a new dub for 'Eternal Fantasy' was a welcome surprise. I wasn't overly interested in 'Kemono Friends' before this panel but I think I might actually try that series now. 'Nutcracker Fantasy' on BD has me more interested than the DVD did. I watched 'The Great Passage' a few months ago and loved it so thats a nice get. 'Battery' I watched last year and I have mixed feelings about it but it's a nice move to see these streaming only noitaminA titles come out. Hopefully they won't be the last. Oh and of course getting the rest of 'Kyo Kara Maoh' is great news though I expected as much, though i struggled to get into the third series as the show does 'end' pretty well after the first two seasons if I remember correctly (it's been along time).

4K release of 'Space Adventure Cobra' is pretty cool, hopefully it does well. I have a 4K player but no TV for it yet. Though I will try to support this release as early as I can.

I think overall I just hoped for more classic TV series. These days Discotek are the only company you can really rely on to get that stuff. I know they've been heavy into rescues of late which is nice but I'm certainly missing those first ever releases of classic shows. Last year we were probably spoiled in terms of those sort of announcements I guess. I suppose there is still a limit to how many of those they can realistically put out at any one time as they require more work and more investment.

I did also hope to get BD upgrades for some of the following, hopefully they will still come in time - Orguss, Samurai Troopers, Mazinger Z, Wicked City and Demon City Shinjuku.

Anyway it seems Discotek are healthy and thriving and so long as that's the case then I'm sure some more classic shows and Cel animated BDs will follow.
Last edited: 29 July 2019

BlackCondor93 said:
First time Discotek would release anything that requires the subtitles to be locked. In this case, The Great Passage and Battery.


I'm guessing if Banana Fish was to be released, it would probably be released by Aniplex of America, but I could be completely wrong.
Click to expand...

I don’t believe it is, as I don’t believe being distributed by Aniplex in Japan instantly means AoA but who knows. They did specifically say nothing is streaming forever so I do think they are looking at all the unlicensed amazon/Netflix stuff.

thedoctor2016 said:
I don’t believe it is, as I don’t believe being distributed by Aniplex in Japan instantly means AoA but who knows.
Click to expand...

One perfect example of this is DARLING in the FRANXX. Aniplex Japan released it, but the licensor was ABC Asahi (or ABC Animation), and Funimation licensed it for the US. But regarding Banana Fish, in the end credits, I noticed that Aniplex (written in katakana) was credited for Production, alongside Fuji Television and Project Banana Fish, to name a few. But, as you said, who knows.

And I wonder if Discotek would release Welcome to the Ballroom with a new and better translation for the subtitles.

Ballroom I think is tangled in being PonyCan usa

AUKN Staff
Regarding the remaining NoitaminA Amazon titles; Banana Fish, Saekano Flat, and Wotakoi are essentially Aniplex titles while at the same time they are also with Fuji Creative Corporation. It could go either way, but I reckon Aniplex of America may want those titles eventually.

That essentially leaves us with After the Rain and Inuyashiki Last Hero, both of which are great titles that ideally could land with anyone at this point. Both I feel should get dubs.

After the Rain probably will come later.
I do just wonder if disco are after all amazon stuff so for example Dororo or even Re:Creators though that’s aniplex again.

I know probably way too soon for this question, but Vinland Saga? Would be cool if they got some Scandis to do a dub, but they'll end up all sounding like they're from California or Texas.

Considering AoA keeps selling Saekano merchandise, released S1 (and sold out in a timely matter), I can't see any other than AoA doing a home release for it. The movie should be telling, we will probably know soon. 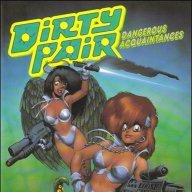