Seiya Kanie is abruptly asked out on a date by Isuzu Sento and whisked away to Amagi Brilliant Park; a theme park just outside of town. Instead of a place full of fun rides, excitement and wonder, it’s boring, poorly maintained and lacking any customers. Turns out, Isuzu has an ulterior motive in bringing Kanie here; the park is not just any park but home to many creatures from the magical realm of Maple Land that survive on the happiness of humans. However, the park needs to bring in 500,000 more customers by the end of July otherwise it’ll be shut down, and the residents will be not just out of a job but also a home. Kanie has been prophesied to save the park from extinction, but the question is, will he do it?

The premise does seem odd at first, even for a light novel, but in a way it makes sense; theme parks (in fact most tourist attractions) are often a whole world in themselves. It’s not unusual to have employees (or cast members) work very long, unsociable hours and often have to step in and help with other departments in tight spots, especially when customers are around. So, having the majority of the cast and by extension the park to be just a mini-world full of fairy creatures doesn’t seem like a huge leap in logic. Nevertheless, there’s not a lot of time or effort put in to really develop the history of the said magical realm. You see a lot of the creative cast of characters from dragons, fairies, anthropomorphic objects objects (planets, cash registers and such) running around the park and you get to know the majority of them well in the 13-episode series, but the actual ‘magic’ side of their personalities is barely explored. For example, there are four elemental fairies that all have individual abilities of controlling their appropriate element; we assume it’s part of their show but we never actually SEE any of it. Another example is when Kanie is given the power in the first episode to read people’s minds, and it’s a big push into him accepting the new role. However, after Episode 2 it’s only used twice more and never spoken of in-between. Granted, it’s a test of character that Kanie doesn’t feel the need to exploit his new-found gift in order to succeed in every challenge thrown at him, yet if you’re going to introduce a power like that and not have it affect his character or contribute to an arc, then the question remains: why bother at all? There is a little development in Princess Peach’s Latifa’s backstory in the final push towards the finale but it feels more like an apologetic afterthought that was added in, rather than something that should have been given more focus over the past episodes. 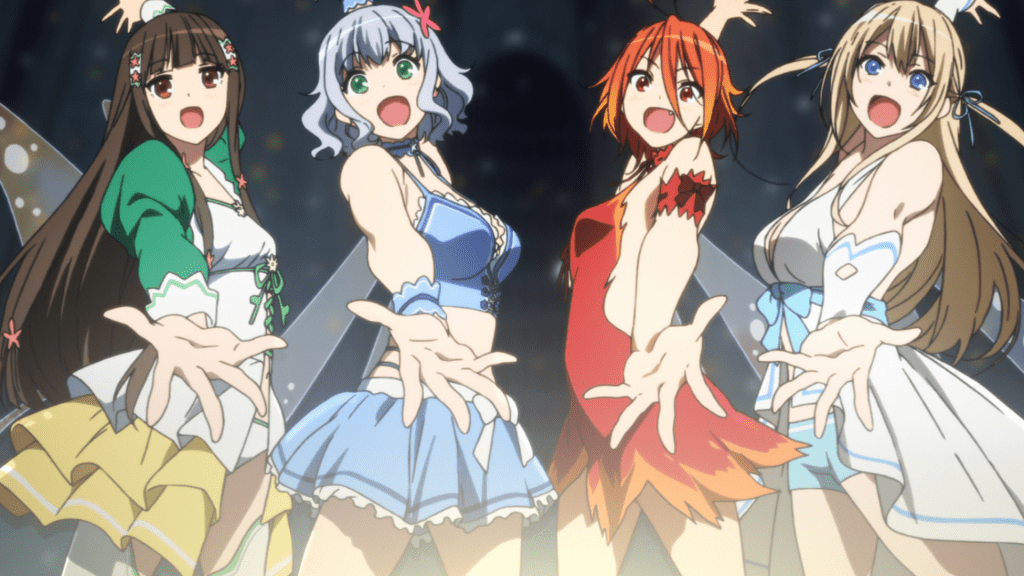 On the other hand, the theme park environment and its journey from a deserted place to popular attraction is not only the show’s USP but the strongest feature of the anime. In a way, Kanie is guilty of being a male-power fantasy as he’s been given complete control of the whole park, has a beautiful lady as his secretary and the power to read people’s minds from the Princess of Maple Land. However, despite his narcissist nature and abrasive sense of humour, he actually works his butt off to get the numbers the park requires to stay afloat. He doesn’t rely on others to do his job for him or expect everything to just work out somehow because of some ‘prophecy’, instead from day one he works long hours to fix what’s broken in the park, try new strategies to get customers in and spends time with every aspect of the theme park and its cast to really push them to do their best. Granted, his attitude and work ethic rubs a lot of people the wrong way but you can’t deny the results and the fact that he is trying hard, considering there’s little in it for him. Through him we get to know the very large cast and how they contribute to the park’s survival, so as the episodes progress we really get invested in the final climax as they try SO hard to bring in the customers. It’s a complete and emotionally fulfilling arc you can really get invested in, and you want them to succeed because they all worked together to get there.

Despite the majority of the female casts being in very skimpy outfits and having very large boobs, the series is actually very conservative when it comes to fan service. Yes, we do have the occasional bath-tub scene with Izusu but the anime never feels the need to point the camera directly at the girls’ bums or force the breasts to jiggle constantly; there’s fair amount of eye-candy for the right audience but it never becomes a distraction for everyone else. Instead it’s the personalities behind said bodies that work in the fan service’s favour, and when the jokes do get a bit risque, it’s funny rather than awkward. 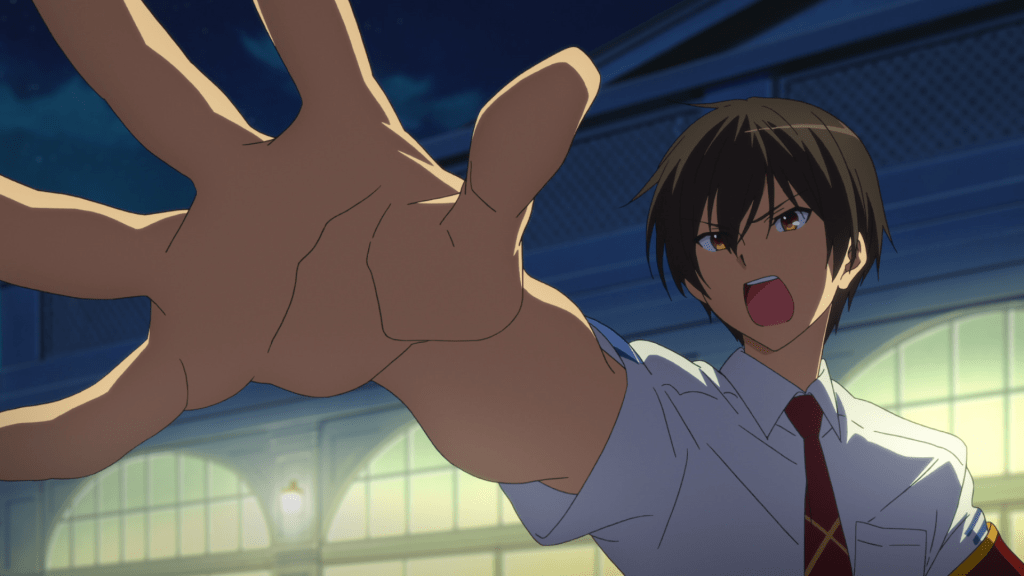 Speaking of, the humour relies a lot on silly antics of the mascot characters and general park fun which works for the majority of the time, however there are random moments when the comedy takes a turn for the bizarre; for example, when they’re interviewing for additional team members, one interviewee comes in randomly with a stab wound and is bleeding over the managers whilst the girl is still smiling. Then there’s a couple of mascots performing seppuku for a one-off joke in a promo video for the park. They really take you out of the show as they come out of nowhere, and not in a ‘funny ‘cos it’s random’ sort of way. In addition; the three main leads are named after famous R’n’B artists – 50 Cent, Queen Latifah and Kanye West – said characters have nothing to do with them (aside from Kanie’s ego probably equal to Kanye’s) so it’s random trivia that adds next to nothing.

Animation is surprisingly top quality for a short show based upon an unusual premise, but considering the director of Full Metal Panic?! Fumoffu is at the helm with the same production company that animated both series, it’s not surprising that they pulled out all the stops for this. Not a single episode has a dip in quality, and the whole theme park feels vibrant with colour and life; it’s a show that definitely deserves the extra cash spent on its Blu-ray release. An interesting observation is how the designs of the fairy/mascot characters are ‘flatter’ than the humans, who have been given lots of definition, shadows and details in every outfit – it helps separate the abnormal magical creatures from the standard-looking characters.

English dub voice for Kanie is Adam Gibbs who provides a mixed bag performance; he delivers on the character’s narcissistic side brilliantly but when the character has more animated moments he falls flat on too many occasions. Surprising, however, in one episode when several cast members pose as him, and Adam needs to deliver how each person would portray his voice, he seems to perform well, so whether he was poorly directed for the more comical bits or just simply couldn’t achieve it was hard to say. As for Molly Searcy as Izusu she succeeds with the perfect balance between hilarious monotone and hard-to-crack military girl when the situation calls for it; easily the best performance of the English dub.

Discs extras include the OVA and clean opening and closing, however for the collector’s edition you will also get a special Blu-ray case, collector’s box, bonus poster and plastic o-card.

Amagi Brilliant Park may not go down in history as a classic or be highly remembered a year from now, but it’s a solid series for any anime fan to give a least one watch. Its unique premise with a strong cast and mostly solid humour gives it a worthy place to add to your collection. 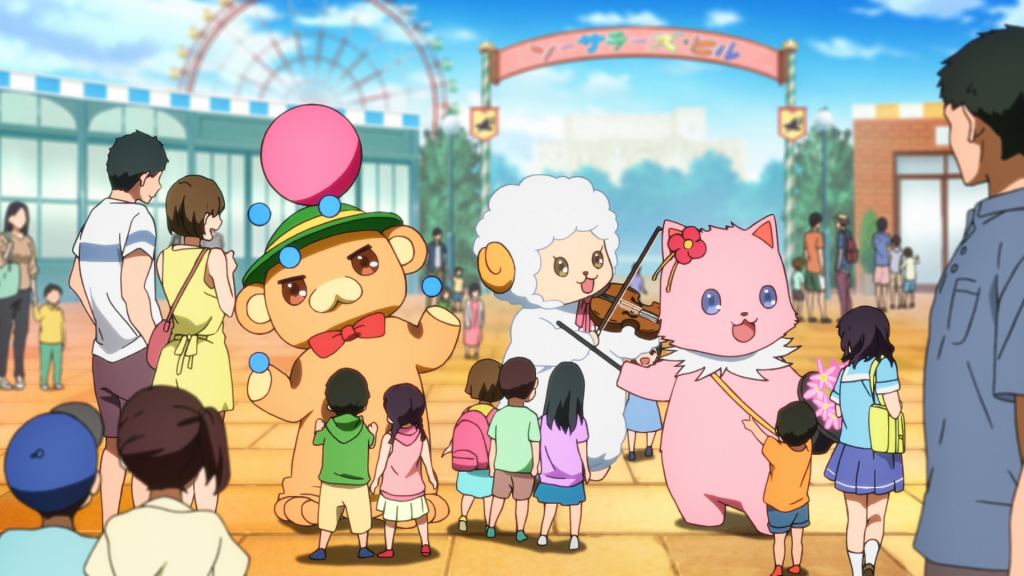 A
Your Best and Worst of the Summer 2019 Season